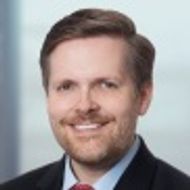 On 27 July 2021 several key senators requested that the USPTO conduct a study regarding the feasibility of establishing a small claims court for patent cases, reigniting the debate surrounding courts of limited jurisdiction for intellectual property. This is not the first time that the idea of specialised patent courts has been floated. These courts are often believed to be better equipped to keep pace with the dynamic changes in US patent law, while the possibility of a lower-cost venue for disputes is extremely attractive to many potential litigants.

Other countries, such as the United Kingdom and Germany, have successfully implemented specialised patent courts, although not for small claims. China has recently created small claims courts for certain types of intellectual property, but not for patents. From the outset, China’s so-called internet courts have been a great success, but questions remain as to whether they could serve as a model for litigating IP rights in the United States, let alone patent rights.

Like the United States, China has courts of general and specific jurisdiction. For example, China’s Supreme People’s Court in Beijing is comparable in jurisdiction to the US Supreme Court and circuit courts of appeal. Below this are the local people’s courts (ie, first-instance courts), which have general jurisdiction. Province-wide high courts are similar to state supreme courts, which are followed by intermediate courts that are comparable to US district courts in China’s prefectures and large cities, while basic courts exist in smaller towns. China also has several courts of special jurisdiction (eg, military, forestry and maritime) and, more recently, IP courts have been established in large cities, including Beijing, Shanghai and Guangzhou.

However, most intriguing are China’s internet courts, which have been established in Hangzhou, Beijing and Guangzhou. These are courts of special jurisdiction limited to disputes arising from online shopping, product liability, internet service contracts, financial loan contracts and internet copyright infringement.

The internet courts are quite new. Hangzhou premiered its internet court in August 2017, followed by Guangzhou in September 2018 and Guangzhou in 2019.  Moreover, they have been extremely popular, with the Beijing Internet Court averaging more than 40,000 cases per year since its inception.

Unsurprisingly, the new courts are fast, with the average duration of a trial being 38 days, which is 50% shorter than conventional courts in China. For IP matters, appeals are made to the special IP court, while other disputes are appealable to the intermediate courts.

A key feature of the internet courts is their online judicial platform. Although there is an English landing page, the platform is not designed for foreigners. Parties must provide their national ID numbers to participate.

A lawsuit can be initiated in as little as five minutes. The process begins by clicking a button to specify whether you are the plaintiff or defendant. Pre-trial mediation is required. The mediator contacts parties within 15 days and then mediates through the Internet, telephone or videoconference. If mediation fails, the lawsuit is formally submitted to the court for adjudication. Only then does the plaintiff pay the litigation fee online.

The internet courts are very different from traditional litigation venues in the west. No one attends in person. There are neither lawyers nor juries. In Guangzhou, litigants participate by online video connection after face verification. A live broadcast of the entire proceeding is publicly accessible by mobile phone.

It is unclear whether such innovations would work in the United States for any form of intellectual property, much less for patents. Trial by jury is a fixture in the United States, whereas juries did not exist before 2005 in China. Further, lawyers are ubiquitous in the US judicial system, although one might begin to question their utility if such easy alternatives were available.

The relative complexity of patent law presents a greater challenge. Patent claims can be difficult to parse, even for experts, and there are continuing questions as to whether district judges are capable of construing claims, notwithstanding the Supreme Court’s pronouncement in Markman, much less judges of inferior courts.

While China’s internet courts work well for individuals, most patent disputes in the United States involve rights assigned to companies, and the potential dollar values of suits range from millions to billions of dollars. What constitutes a small claim in patent cases would be a key point of contention. Other important questions revolve around whether such a court should have the ability to issue injunctions, as well as the preclusive effects, if any, of its decisions.

Notwithstanding these obstacles, many rights holders believe that reform is needed in the United States, where the cost of the average patent lawsuit in 2020 was $1.6 million through the end of discovery and $2.8 million through final disposition. This is a significant impediment to individual inventors and small companies, who are unable to pay to play in what has been referred to as the ‘sport of kings’.

Perhaps specialised patent courts are the answer, but they will need to address these and a host of other issues before United States can follow in China’s footsteps regarding small claims IP courts, let alone small claims courts for patents.