By Ai-Leen Lim and Xiaofan Chen

In response to China’s slowest economic growth since 1992, the government has pushed through a series of legislative changes that establish the framework for an advanced IP regime. The regime hopes to receive a significant investment injection from foreign parties.

For the first time, punitive damages, good-faith principles for patent applications and compensation for wrongful applications in preliminary injunctions can be seen throughout the reforms. Most notably though is the increasingly clarified and strengthened measures for preliminary injunctions, removing some concerns that foreign investors have had over a system that was previously deemed ineffective.

On the branding side, legislative changes have addressed bad-faith registrations for the first time, providing greater protection for trademark owners, even for marks that have not been used or have no reputation in China.

The message is clear, China will protect foreign intellectual property on an equal footing with their domestic counterparts and use punitive damages as a deterrent to warn off potential infringers.

There has been a wave of legislative activity over the past year. The effects are being felt as different pieces of legislation become effective. However, the resonating theme is that China is putting an IP protection framework in place that meets the demands of both foreign parties and domestic entities.

This can be seen in the amendments to the Patent Law and Anti-unfair Competition Law, which now include punitive damages. In addition, the Judicial Interpretation on Preliminary Injunctions sets forth a clear framework for parties. It also resonates with China’s first centralised IP Appellate Tribunal, which will standardise IP adjudication rules and procedures.

In January 2019, the China’s National People’s Congress (NPC) released draft amendments to the Patent Law. It is anticipated that the draft will be promulgated and become effective in late-2019.

Highlights include a partial design becoming eligible subject matter for design patents, extending the term for design patents to 15 years, increasing the higher range of statutory compensation (from Rmb1 million to Rmb5 million) and punitive damages for wilful infringements (up to three times the damages assessed), imposing fines, clarifying indirect infringement liability and mediating the amount of compensation.

The draft introduces new provisions regarding the good-faith principle when applying for patents and exercising patent rights and a credit record on the protection of patent rights to be established and incorporated into the national credit database.

The draft further allows patent rights holders and the China National Intellectual Property Administration (CNIPA) to notify the ISP (which in China includes e-commerce platforms) to adopt preventive measures after being notified of patent infringement, otherwise the ISP will be jointly liable with network users for the preventable losses.

A system for punitive damages was requested some time ago from international companies and domestic entities. Rights holders have been concerned about the ever-increasing costs of IP litigation and the disproportional damages awarded by the courts. The low amount of damages and even nominal damages have significantly deterred rights holders from enforcing their rights.

This has had a chilling effect on investments into China from international technology companies. Establishing a punitive damages system helps to address these concerns and builds confidence in the enforcement of IP rights. It also helps to establish the IP protection framework in China, especially in the eyes of foreign investors.

In April 2019 the NPC issued the Amendment to the Anti-unfair Competition Law, with trade secrets being one of the focused areas. This has proved to be a valuable tool in China for protecting intellectual property, especially with start-ups that are in the early stages of their corporate cycle and might not be at a stage to invest in patent applications.

The scope of infringing acts has also been widened to include electronic evasion or instigating, inducing and assisting others to breach confidential obligations. The amendment provides that in addition to the business operators, other natural persons, legal entities and unincorporated organisations committing illegal acts can also infringe trade secrets.

For the first time, punitive damages can be imposed if a business operator infringes a trade secret maliciously. The compensation could be up to five times the rights holder’s actual loss or the infringer’s actual gain. Where it is difficult to determine the actual loss or profit, courts have the discretion to decide the amount of compensation. The maximum award has increased from Rmb3 million to Rmb5 million.

In May 2019 the NPC passed the Foreign Investment Law which enters into force on 1 January 2020. China sees this new law as a framework that will see equal national treatment of foreign investment, putting foreign investors on an equal footing with domestic investors in the China market and giving them equal protection.

In terms of IP protection, Article 22 of the law specifically prohibits the government and its officials from forcing the transfer of technology, while technology cooperation on the basis of free will and business rules is encouraged. However, the actual force of this provision will need to be tested in courts and in commercial negotiations between foreign investors and Chinese parties in the future.

The Supreme People’s Court issued a Judicial Interpretation on Preliminary Injunctions for IP Disputes in November 2018, which took effect on 1 January 2019. The interpretation provides guidance on substantive and procedural rules for preliminary injunction in IP cases and further clarifies the existing procedure and standards. Of particular interest are two major changes:

In terms of wrongful applications there are four circumstances that may lead to a finding:

If a wrongful application was filed, the defendant can file a lawsuit to claim compensation. This shifts the liability to the applicant, which may encourage the courts to assess these cases in greater detail. In the past, the courts have been quite restrictive in granting preliminary injunctions. From 2014 to 2018, 150 pre-suit and 50 in-suit preliminary injunction rulings were granted. Among which, rulings for patent cases accounted for only a small proportion, including the closely watched Qualcomm v Apple.

On 1 January 2019 the Supreme People’s Court officially established an appellate-level IP tribunal, which is similar to the US Court of Appeals for the Federal Circuit in terms of function and role. The tribunal will hear both civil and administrative cases involving patent infringement, invalidation and other high-technology or antitrust IP disputes from across China and is subject to a three-year pilot test period.

The tribunal is expected to centralise jurisdiction over appeals, further standardise IP adjudication rules and procedures based on precedents and facilitate increasingly consistent decisions on cases with a similar nature.

Further, protectionism concerns that a local court may rule in favour of the party domiciled in its jurisdiction, would be largely removed as appeal cases will be exclusively overseen by the tribunal, which is generally deemed free from influence. This largely eliminates the need for forum shopping.

On the trademark side, there has been a series of legislative changes targeting bad-faith registrations. The CNIPA released Several Provisions for Regulating the Application for the Registration of Trademarks (Draft) in February 2019.

In addition to the provisions, the Trademark Law was revised with a focus to curb and tackle bad-faith filings. The revised law was promulgated on 23 April 2019 and will become effective on 1 November 2019.

Also in April 2019, the Beijing Higher People’s Court issued Guidelines for the Trial of Trademark Rights Granting and Verification Cases. The guidelines are already effective and relate to the amended Trademark Law, detailing the circumstances that applicants may have entered into a bad-faith registration and violated the law.

The shift is a clear and positive sign of a country that is increasingly recognising the true value of intellectual property. It also aligns with the theme of an emerging advanced IP regime as bad-faith registrations put significant pressure on brand value and portfolio management for foreign owners.

This is particularly true in China, as the brand’s global portfolio of non-Chinese marks will likely have a significant China component in such a major and important market. Considering the substantial number of trademark applications in China – 7.371 million in 2018 – it is increasingly important for trademark owners to have a strong portfolio for enforcement purposes, even for brands that are not selling (just manufacturing) in China.

The bad-faith provision in the amended Trademark Law and the guidelines from the Beijing Higher People’s Court cover brand owners’ yet-to-be registered marks, which have neither been used nor have a reputation in China, as long as the test of bad faith or maliciousness as stipulated and elaborated in the amended law and guidelines is fulfilled.

In other words, brand owners who have somehow omitted to register and protect their marks in China and are outsourcing their manufacturing in China without selling there, can rely on the bad-faith provisions and guidelines when engaging in opposition and invalidation, as well as infringement disputes with a bad-faith trademark registrant.

The changes in legislation confirm what has already been in effect the direction that the CNIPA and the courts have been adopting and the changes can be viewed as formalising this shift. This is particularly true given the recognition of the urgent need to tackle bad-faith registrations in China over the past five years.

In May 2019 it was announced that Samsung and Huawei have agreed to settle their long dispute over smart phone patents. Of particular interest is that the Guangdong Higher People’s Court mediated the settlement. The terms of the settlement have not been made public, but it is believed that they include some sort of cross-licensing patent deal. The patents that are part of the deal include those for basic technologies.

Qualcomm and Apple’s woes came to a head when the two announced in a joint press release that they had reached an agreement and were abandoning litigations worldwide. It is believed that the preliminary injunction to ban iPhone sales in China provided Qualcomm with favourable terms during negotiations, especially as the agreement includes an upfront payment from Apple. Qualcomm’s strategy to use the litigations in China to increase its leverage over Apple at the negotiating table definitely paid-off.

The cases indicate that China is becoming a venue of choice for international companies litigating patent cases due to the cost, speed, efficiency and fair outcomes of Chinese courts. In particular, patent litigation win rates are high – an average of 80% – and foreign plaintiffs fare better than Chinese plaintiffs. Also, the ease of obtaining permanent injunctions, particularly compared to the United States, is significant.

China has been encouraging rights holders to monetise their IP rights by amending laws and introducing new regulations. The fourth amendment of the Patent Law introduces new provisions on patent pledging and licensing to regulate the financing activities using patent rights.

China is also setting up a framework for different institutions (eg, the Patent Office, patent law firms, banks and an IP evaluation agency) to collaborate towards achieving the goal of IP financing. The National Development and Reform Commission (NDRC) has proposed to establish a national unified platform for registration of pledging personal property and intellectual property as security for finance.

The Regulations on Optimising the Business Environment (Draft for Comments) were published by the NDRC on 14 July 2019 and Article 20 sets outs the establishment of such a unified platform. This will facilitate monetisation of IP rights for rights holders. There have been some regulations in place for pledging IP rights for finance, but this Article 20 sets out the framework for a unified registration system to encourage the transaction of personal property and monetisation of IP rights.

The shifts in legislation are a clear and positive sign of a country that is increasingly recognising the true value of intellectual property. On the ground, such changes so quickly and readily progressed by the government were not expected. However, in the face of slowing economic growth and serious investor worries, China has pushed through at breakneck speed to establish an advanced IP regime. 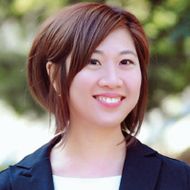 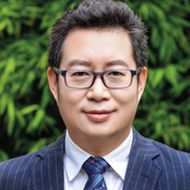