Changes to company names and bad-faith trademark applications in Russia 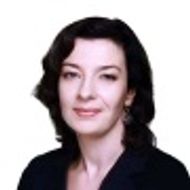 A company’s name is one of its most valuable assets. However, there may be cases where trademark protection for this essential element is missing or has been delayed. Until recently, there was no established system to object to third-party, bad-faith trademark applications that represent a company name in Russia. However, this has now been significantly amended in a Russia Patent and Trademark Office (Rospatent) Information Notice.

If a company name has also received protection as a registered trademark in Russia, examiners have typically chosen to raise an objection based on the prior registered trademark under Article 1483 (6(2)) of the Russian Civil Code; alternatively, if an examiner suspects that a third party’s application represents the name of a third-party company, the examiner may choose to raise an objection based on deceptiveness with regard to a manufacturer or service provider as per Article 1483 (3(1)).

Fortunately, Rospatent’s Information Note On Checking Compliance of Applied-for Trademarks with the Requirements of Article 1483(8) of Civil Code with regard to Company Names and Commercial Designations, published on 10 June 2020, introduces an examination method in cases where an applied-for mark is similar or identical to a company name.

The process – submitting a protest

Previously, examiners were neither instructed nor authorised to conduct a search of company names (eg, by searching databases of registered companies).

However, third parties are now invited to present information on prior rights to company names in the form of unofficial pre-registration oppositions, which is sometimes referred to as a ‘protest’. This can be filed at Rospatent at any time before or during the substantive examination.

What needs to be proven

A pending application can be rejected based on prior rights to a company name if a third party can establish that:

To establish the above in a protest, it is recommended to provide certain types of evidence, which include the following:

This list is non-exhaustive and can further include contracts, invoices, promotional materials, advertisements, samples of goods or their packaging, among other things, showing the actual use of the company’s name that started before the third party’s application priority date.

The Russian IP Court has noted that it is also possible to submit information about the company name’s worldwide recognition in addition to evidence of use, if any, of the company’s name in Russia.

Beyond the protest letter

Objections to registration of a third party’s registration, based on prior rights to a company name, can also be presented at in a post-grant opposition in the Patent Chamber or on a further appeal before the IP Court.

This approach to examining trademark applications with regard to prior rights appears to be in line with court practice, for example, in the WEDO TOOLS CO, LTD v Wedo Rus, LLC case (SIP-391/2019).

In 2019, Wedo Tools successfully invalidated a third party’s trademark registration for the mark below due to its similarity with the company name.

The claimant proved that:

As result, the Chamber for Patent Disputes invalidated the registration in regards in respect of the goods that were similar to Wedo Tool’s evidenced activity in Russia. The IP Court went on to uphold the decision (SIP-391/2019).