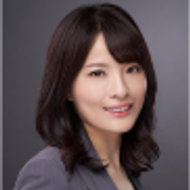 Article 4(1) of the Labour Incident Act stipulates that courts of all levels must establish labour courts in order to administer and adjudicate labour cases. However, with regard to jurisdiction over labour disputes involving IP rights, it is not expressly stated as to whether an ordinary court (ie, a labour court), which possesses special knowledge in adjudicating labour cases, or the IP Court, which possesses special knowledge to adjudicate IP cases, should have jurisdiction.

On 10 June 2020 the IP Court issued a ruling, which allowed the transfer of jurisdiction to a labour court for a case involving both labour and IP disputes. In the case, the plaintiff (the employer) claimed that after the termination of artist management contracts between it and the defendants (former employees), the defendants had infringed the employer’s copyrights by continuing to use the protected character backgrounds, copywriting and graphics designed by the employer in their own promotional activities, and that such use constituted acts of “deceptive use of symbols representing another person’s business or services” and “exploiting the fruits of another’s labor” in violation of the Fair Trade Act and the Copyright Act.

However, the IP Court held that the former employees had become aware of in-store performances of certain works, the copyright of which belonged to the employer. Further, they took in-store photos during the term of their employment and had deliberately reproduced and used these performances and photos without the employer’s consent, which constituted a violation of the Fair Trade Act and the Copyright Act, after the termination of employment. The IP Court therefore held that the fundamental cause and facts of the civil action lay in the disputes over the rights and obligations arising from the employment relationship between the parties, and that there was no doubt that the subject case was a labour dispute involving IP rights, to which the Labour Incident Act should apply.

According to Paragraphs 1 and 7 of Article 6 of the Labour Incident Act, where the employer acts as a plaintiff, the defendant will have the right to make a motion requesting a transfer of the case to a lawfully competent court of their choice. Thus, based on the motion filed by the former employees, the IP Court ruled that the case would be transferred to the labour court of the relevant region.