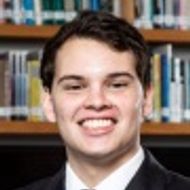 Senate Bill 437/2018, which was introduced by Senator José Serra and which seeks to amend the Brazilian Industrial Property Law (9279/1996), is being processed by the National Congress. The proposed bill has already been approved by the Senate Social Affairs Committee and awaits the analysis of the Science, Technology, Innovation, Communication and Informatics Committee. The next step will be the Constitution, Justice and Citizenship Committee.

The bill intends to:

With regard to the first point, the general rule of the Industrial Property Law (9279/96) states that invention patents are valid for 20 years from the filing date. However, it also provides a specific rule that the term must not be less than 10 years from the grant date.

Given that the National Institute of Industrial Property (INPI) is weighed down by its tremendous patent backlog, the average time for it to grant or reject a patent application is between 10 and 12 years from the filing date. Thus, considering the specific rule, the patent's protection term may exceed 20 years (ie, the deadline adopted by the Agreement on Trade-Related Aspects of Intellectual Property Rights).

The possibility of extending the protection term allowed by the Industrial Property Law has already arisen in a huge number of lawsuits and discussions to define which term should prevail.

If approved, the bill’s impact on medicine patents would be considerable. Given the delay in analysing patent filings, many medicine patents are valid for more than 20 years, which delays the entry of generic medicines into the market. The Senate Social Affairs Committee debated this point when analysing the bill. According to Senator Romário, the project's rapporteur on the committee, "the project has the potential to improve the granting of medicine patents in the country”.

Thus, with the bill’s approval, even if a patent is granted 13 years after filing, its validity would be limited to 20 years from the filing date. However, there are concerns about this as such a situation may be considered unfavourable to rights holders – they could end up with less protection for their inventions.

Nevertheless, the bill is consistent with several other Brazilian bills and administrative measures aimed at reducing INPI´s backlog and establishing a better and more effective examination procedure.

In August 2019 the Ministry of Economy, through the Special Secretariat for Productivity, Employment and Competitiveness, and INPI announced measures to minimise bureaucracy, costs and time in patent and trademark application analysis. They presented the patent backlog combat plan, which aims to reduce the backlog by 80% by 2021 and the average granting period to about two years from the examination request.

Going forward, INPI should be able to analyse patent applications quickly and efficiently. In this regard, the proposed bill will extinguish any doubts about the applicable term of validity and means that rights holders will no longer be able to enjoy patent exclusivity for more than 20 years.