Brand transliteration: how to translate and protect your brand for the Chinese market

When entering the Chinese market, in addition to registering their Latin trademarks in China, foreign companies must select a corresponding Chinese trademark and register it in a timely manner, in order to connect with Chinese consumers on the one hand and protect their trademark rights fully and comprehensively on the other. The complexities of the Chinese language can make this a challenging task. This article explains how to translate and protect your brand in the Chinese market.

When translating a trademark, the corresponding Chinese mark should conform to the requirements of the Trademark Law. Among other things, it should:

Some foreign trademarks have no practical meaning, but are translated into Chinese characters or phrases with a practical meaning that reflects their features; these translations are creative, imaginative and impressive.

For instance, BMW has no practical meaning and is hard to translate into Chinese according to its pronunciation. The corresponding Chinese trademark is ‘宝马’, whose Chinese pinyin is BAO MA, meaning ‘precious horse’. In ancient China, the horse was an important mode of transport. ‘Precious horses’ were rare beasts said to be able to cover 1,000 miles in a single day; there are many ancient Chinese poems in praise of them. These connotations, which reflect Chinese culture and will resonate with Chinese consumers, make the use of this mark for automobiles very appropriate.

In practice, most Chinese trademarks are selected through a combination of transliteration, literal translation and adaptation.

For instance, the corresponding Chinese trademark of STARBUCKS is ‘星巴克’ (XING BA KE). The first character is the literal translation of ‘star’, and the last two are the transliteration of ‘buck’.

One important feature of the Chinese language is the prevalence of homonyms. Different characters have the same pronunciation and probably dozens of Chinese characters have similar pronunciations, but different tones. Many Chinese trademarks on the market are chosen through a judicious combination of transliteration and adaptation. The most typical example is the COCA-COLA trademark. The corresponding Chinese trademark is ‘可口可乐, whose Chinese pinyin (KE KOU KE LE) is similar to the pronunciation of COCA-COLA and may thus be regarded as a trademark selected through transliteration. However, the individual Chinese characters lend an added dimension to the mark: ‘可口’ means ‘tasty’ or ‘delicious’, while ‘可乐’ means ‘pleasing’. At the same time, the mark KE KOU KE LE as a whole is a fanciful term with no meaning in Chinese and does not directly indicate the functions or features of the goods; thus, it is distinctive as required under the Trademark Law.

The selection of Chinese trademarks is often determined through a combination of transliteration, translation and adaptation, while also factoring in the features of the goods, consumer psychology and market effects. Only through such meticulous translation and design can a trademark be selected that corresponds closely to the foreign trademark and has a clear pronunciation, impressive meaning and high level of consumer recognition.

When selecting Chinese trademarks, it is important to carry out trademark searches for the marks under consideration, to ensure that they do not conflict with the prior rights of others, whether registered or pending registration.

A carefully selected Chinese trademark can play an important role in the success of your brand and your business. The Trademark Law enshrines the principle of prior application; where two or more applicants apply to register identical or similar trademarks in respect of the same or similar goods, the Trademark Office will approve for publication the mark with the earliest application date and reject the other trademark applications. Thus, foreign companies would be well advised to select their corresponding Chinese trademarks before entering or upon entering the Chinese market.

In order to effectively protect your brand, attention should be paid to the following points:

Given the features of the Chinese language and the Chinese market, the careful selection and timely registration of Chinese trademarks can ensure the protection of your brand and lay a solid foundation for its marketing, promotion and success in China. 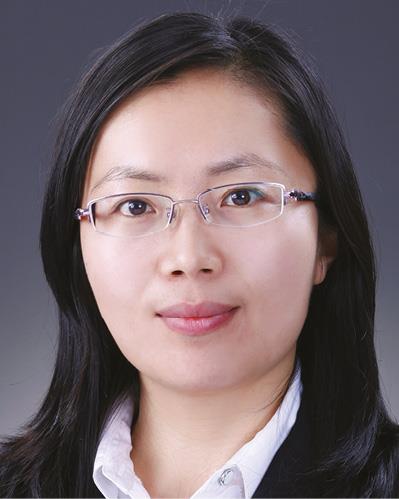