Boost for bill that would accelerate patent examination and reduce backlog 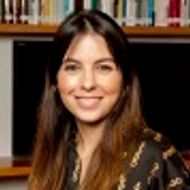 A bill that could have a significant impact on reducing the backlog of patent applications at the National Institute of Industrial Property (INPI) has received a favourable opinion from the Commission of Economic Development, Industry, Commerce and Services, part of the Chamber of Deputies. The development is a step forward for Draft Bill 2.334/2019, which would allow public-private partnerships and agreements with INPI.

Currently it can take up to 11 years for a patent application in Brazil to be granted, which leaves patent owners facing an extended period of uncertainty with regard to the protection and enforcement of their rights.

Industrial property rights, especially those related to patents, play a major role in a country’s economic and technological development and therefore directly affect outside investment in Brazil. In view of this, the patent backlog has caused concern not only to IP holders but also to the Brazilian authorities, which have been discussing and implementing alternatives in order to achieve an effective solution and significantly reduce the number of pending decisions as well as the average grant term – there are currently around 201,773 patent applications awaiting a final decision by INPI.

Beyond specific attempts to mitigate INPI’s delay (eg, by expediting administrative examinations and considering possible writs of mandamus before the courts), Brazil is making remarkable efforts to pursue a definitive solution for the backlog, as demonstrated by the submission of various draft bills as well as INPI’s recent Resolutions 240/19 and 241/2019.

The draft bill – which proposes an amendment to the Industrial Property Law (9.279/1996) – was presented on 16 April 2019 by Federal Representative Marcos Pereira. It is still being processed by the Chambers of Deputies; and is currently in  the Constitution, Justice and Citizenship Commission for analysis.

If passed the bill would add two sections (IV and V) to Article 239 of the Industrial Property Law allowing public and private partnerships and agreements to be concluded by INPI for the development of actions and projects. It is hoped that this mechanism will accelerate and improve the process of registering patents, without prejudicing their technical examination. The proposed amendments are as follows:

IV. Conclude agreements and partnerships with civil society and public authorities organisations focused on training and training in support, assistance and guidance to those interested in requesting the registration of patents;

V – conclude agreements and partnerships with civil society organisations and the public authorities to carry out preliminary acts to the technical decisions of patent records.

Such strategic partnerships would focus on two main purposes. One of these would be to train and provide qualifications for people to provide support, assistance and guidance in the patent registration process, in order to reduce errors in applications that could add to workloads and further delay the process.

These agreements would then allow such qualified individuals to perform preliminary acts with regard to the technical decision making of patent records; it would also allow external professionals to become qualified to assist in the analysis of patent applications. INPI partners could provide instruction in non-exclusive activities in order to improve and accelerate some examination steps. Possibilities include entities supporting inventors and reinforcing INPI’s staff dedicated to this process or former qualified INPI personnel establishing partnerships.

Similar initiatives have already achieved good results in other countries. For instance in Japan, preliminary activities (eg, research for technical decisions) were sub-contracted and temporary specialists were hired for five-year periods (renewable for a further five years), allowing the backlog of cases to be significantly reduced.

Although it is impossible to anticipate the results of the introduction of the measures described in Draft Bill 2.334/2019, it appears likely that they would improve patent examination and contribute to attempts to reduce the backlog to a reasonable timeframe. Hopefully, the bill will be approved in due course by the Brazilian National Congress.