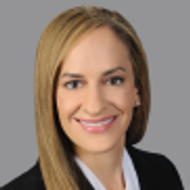 By an eight to one vote, the US Supreme Court has held in USPTO v Booking.com BV, 591 US (2020) that the addition of a generic top-level domain (gTLD) such as ‘.com’ to an otherwise generic term may be protectable under trademark law if consumers do not perceive the mark as a whole as generic. While the court's decision does not open the door for the protection of generic terms, it is a referendum on the USPTO’s request to utilise a nearly per se rule that would render ‘generic.com’ marks ineligible for registration despite evidence of actual consumer perception to the contrary.

Generic names under the Lanham Act

Booking.com sought to register the mark BOOKING.COM, but the USPTO refused the registration on the basis that it was a generic term and thus ineligible. Under the Lanham Act, 15 USC Sections 1127, 1064(3) and 1065(4), "the generic name for the goods or services" sits at the lowest end of distinction when reviewing marks and is not eligible for trademark registration. Based on previous holdings, the court in Booking.com analysed whether BOOKING.COM as a whole, is generic and therefore ineligible for registration.

When the USPTO's trademark examining attorney and the Trademark Trial and Appeal Board rejected Booking.com's registration of its mark as generic, the company filed for review in the District Court for the Eastern District of Virginia. In doing so, it introduced new evidence establishing that the consuming public "primarily understands that BOOKING.COM does not refer to a genus, rather it is descriptive of services involving 'booking' available at that domain name”. (15 USC, Section 1071(b) – pursuant to the Lanham Act, a party may introduce new evidence that was not initially presented to the USPTO when it applied to register a mark, which is a unique option for mark owners during the appellate process, and which was exercised by Booking.com to submit new evidence of consumer perception). However, more than finding that the mark was merely descriptive, which would have also been a barrier to registration, the district court further held that the term had acquired secondary meaning as to hotel reservation services and was thus registrable under the Lanham Act. The Court of Appeals for the Fourth Circuit affirmed the district court's judgment, after which the USPTO sought further review from the Supreme Court.

BOOKING.COM as generic or distinctive

The court concluded that ‘Booking.com’ was not generic because consumers perceived the combination of an otherwise generic name and an otherwise generic domain name as distinctive of a particular source. Simply stated: "[b]ecause 'booking.com' is not a generic name to consumers, it is not generic." Even the USPTO conceded that consumers no longer perceived ‘Booking.com" as generic, and as a matter of law, that was the end of the inquiry, according to the court.

The USPTO argued that its own nearly per se rule would render the mark ineligible for registration, regardless of consumer interpretation. Pursuant to the USPTO’s nearly per se rule, when a generic term is combined with a generic domain name, the compound of both results in a generic composite for the mark as a whole. "In other words, every 'generic.com' term is generic according to the PTO, absent exceptional circumstances." For its assertions pertaining to generic composites, the USPTO relied on various case law to liken ‘generic.com’ to a generic company. The court rejected the USPTO's analysis and nearly per se rule, citing an inconsistent past practice of allowing registration of marks such as ART.COM on the principal register and DATING.COM on the supplemental register. However, it is important to note that the court did not open the floodgates in rejecting the USPTO's nearly per se rule, clarifying that the analysis of ‘generic.com’ compound marks still requires a case-by-case analysis of the facts and evidence, including evidence of consumer perception.

Justice Sonia Sotomayor concurred with the majority opinion in rejecting the USPTO's nearly per se rule, while also commending the dissent for observing that "consumer-survey evidence may be an unreliable indicator of genericness”. Justice Sotomayor reiterated that the surveys were not the only source for determining consumer viewpoints and that dictionaries and other sources of evidence should be used in the analysis.

Justice Steven Breyer delivered the lone dissent for Booking.com and asserted that the majority's holding deviates from the main purpose of registering "distinctive marks – words, names, symbols, and the like" that "distinguish a particular artisan's goods from those of others” and "threatens serious anticompetitive consequences in the online marketplace”.

One of the most interesting takeaways – especially for anyone who listened to the oral arguments – is the court's nearly unanimous decision in favour of Booking.com. As a result of the covid-19 pandemic, the oral arguments in Booking.com, marked the first-ever oral arguments conducted remotely by teleconference. Those listening to the historic oral arguments heard a court that seemed almost unanimously hostile to the notion of combining two otherwise generic terms to allow for any one protectible ‘generic.com’ mark.

However, after considering the parties' responses to dozens of thought-provoking questions from the bench, the court ultimately issued a very simple ruling: consumer perception rather than the USPTO's nearly per se rule should be the basis of the genericness analysis. That said, mark owners should be wise to take note of Sotomayor's concurrence focusing on the importance of the facts of each case for the genericness analysis, and accordingly not expect that the door to registrability is now wide open for all manner of otherwise generic marks to reach registration.