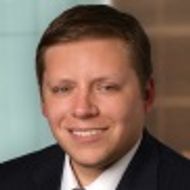 With the transition to a new administration under Joseph Biden on 20 January, the United States now faces the prospect of changes to policies that could affect intellectual property both nationally and internationally. One area where intellectual property is often a concern is in trade relations with China. While Biden was often critical of the Trump administration’s trade policies, early signs indicate that the new administration will continue to hold a strong line against China, including by curtailing IP abuses, while also working more multilaterally by joining allies in this endeavour.

Concerns about IP abuses in China are not unique to the Biden administration. As recognised in a report last September by the Congressional Research Service, concerns that China “fails to protect and enforce intellectual property (IP) rights, and thus harms U.S. IP rights holders, have been one of the key issues in U.S.-China relations for decades”. The IP violations at issue are varied and include not only blatant infringement of rights including patents, copyrights, trademarks and trade secrets, but also systemic defects such as the failure to provide adequate legal protections for rights holders, discriminatory licensing laws, coerced technology transfer as a condition of regulatory approval or market access, and the countenance of trade secret misappropriation, cyberattacks and bad-faith right assertions.

IP rights abuses have a significant impact on both individual US companies and the economy as a whole. Recent high-profile examples include the theft of source code for wind turbine control software from American Superconductor and the hacking of defence industry systems to obtain plans for military jet aircraft. In a 2019 CNBC Global CFO Council survey, one in five North American-based companies reported having intellectual property stolen in the past year, and nearly one-third in the past decade. In the aggregate, IP violations by Chinese actors are estimated to cost the US economy between $225 billion and $600 billion per year.

The Trump administration placed a significant focus on reforming trade relations with China. The US-China Phase One Trade Agreement, signed in January 2020, represented an initial step toward resolving tensions, including:

Phase One also addressed some IP issues, including:

Notwithstanding the progress made in phase one, some critics expressed concern that the reforms did not go far enough – or were not enforceable – and that many issues remain unresolved. In the wake of the covid-19 pandemic and amid disagreements over the implementation of phase one, the Trump administration was unable to make progress toward a Phase Two Agreement before the November 2020 general election. While Biden was critical of the Trump administration’s trade policies, it remains to be seen whether his administration will take a different approach.

Initially, at least, it appears that Biden will continue to take a hard line toward Chinese IP abuses. During her confirmation hearing last week, Janet Yellen, US secretary of treasury, described China as the country’s “most important, strategic competitor” and stated that the United States “need[s] to take on China’s abusive, unfair, and illegal practices”, such as “undercutting American companies by dumping products, erecting trade barriers, and giving illegal subsidies to corporations”. Yellen also accused China of “stealing intellectual property and engaging in practices that give it an unfair technological advantage, including forced technology transfers”, and promised that the Biden Administration was “prepared to use the full array of tools”, including by “devi[sing] an administration-wide and multifaceted approach”, to address concerns about “illicit activities, theft of intellectual property and trade secrets, [and] illegal efforts to acquire critical technologies and sensitive U.S. data, among other things”.

While this rhetoric does not appear to represent a significant shift from the Trump administration’s policy toward China, particularly in the area of IP rights, the Biden administration has suggested that it will take a more multilateral approach. During her confirmation hearing, Yellen expressed her belief that the best way for the United States to address unfair trade practices “is to work with our allies, rather than unilaterally”. These comments echo remarks made last month by then-president-elect Biden: “As we compete with China and hold China’s government accountable for its abuses on trade, technology, human rights, and other fronts, our position will be much stronger when we build coalitions of like-minded partners and allies to make common cause with us in defense of our shared interests and values.”

As Biden begins executing policy positions in the coming months, US companies should remain vigilant about protecting their IP assets. Changes in trade relations with China can affect not only the value of companies’ rights here and abroad, but also the overall demand for products and services for which Chinese companies may be competitors.