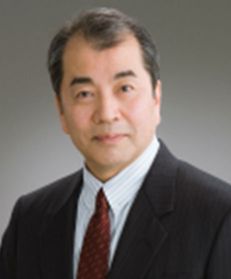 Yoshitaka Sonoda is fluent in both English and French, skills which were acquired as a researcher at the Saclay Nuclear Research Center of the Commissariat a l’Energie Atomique et aux Energies Alternatives (France).

Dr. Sonoda spent three years there after working on transient vibration and instability problems in nonlinear systems, for which he was awarded a PhD by the University of Tokyo.
After returning to Japan, he was a researcher at Hitachi, Ltd., and he joined the field of intellectual property law in 1987.

He has acquired extensive knowledge and experience in various aspects of intellectual property rights over more than 30 years, including 10 years served as a Director in a major Japanese IP firm, and as a Managing Director at Sonoda & Kobayashi since its founding in 1998.

As the primary patent litigator, Dr. Sonoda handles appeals, invalidations and infringement proceedings for private companies and public organizations from France, Denmark, Germany and the US before Japanese courts.

Dr.Sonoda has been rated as one of “the world’s leading patent professionals” in “IAM PATENT 1000” since 2016.