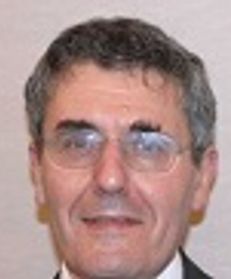 Sir Robin joined the Faculty of Laws in May 2011 leaving the Court of Appeal of England and Wales to do so. Having read Natural Sciences at Cambridge, Sir Robin then read for the Bar (Grays Inn). He started practice at the Intellectual Property Bar in 1967. From 1976 to 1981 he was the Junior Counsel for the Comptroller of Patents and for all Government departments in intellectual property. He was made a Queen's Counsel in 1981. His practice took him abroad often (Hong Kong, Singapore, Europe, USA, and Australia). He was appointed a High Court Judge (Chancery Division) in 1993. From 1997 to 2001 he was Supervising Chancery Judge for Birmingham, Bristol and Cardiff. He was appointed a Lord Justice of Appeal in October 2003. He was Treasurer of Grays Inn in 2007. He continues to sit from time to time in the Court of Appeal and will sometimes act as an arbitrator or mediator.

He has written extensively on all forms of intellectual property. He often lectures, mainly but not only on IP topics, both in the UK and abroad.