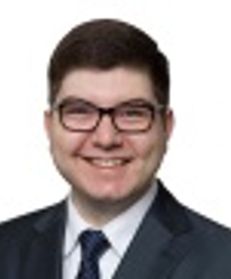 Ruben is a patent attorney in Gowling WLG's Moscow office, focusing on patent prosecution and litigation in the areas of life sciences and chemistry before the Russian Patent Office and in the CIS countries.

Prior to joining the firm, Ruben worked as an examiner (2007-2016) in the Russian Patent Office in the Department of Biotechnology and as a member of a tribunal in the Chamber of Patent Disputes. As a patent examiner he dealt with areas such as: biotechnology, genetics, agriculture, food and feed production.

Ruben graduated from the Russian State Agrarian University - Moscow Timiryazev Agricultural Academy in 2007, with a degree in genetics and breeding of farm animals, and the Russian Foreign Trade Academy in 2014 with a law degree.

Ruben is fluent in English and Russian.