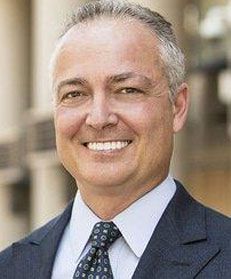 Michael Nolan is a partner in the Washington, DC, office of  Milbank LLP. During the past two decades, Michael has served as counsel or arbitrator in cases under AAA/ICDR, ICC, HKIAC, SIAC, SCC, ICSID, UNCITRAL and other rules. His arbitrations have involved electricity, gas, transportation and mining concessions; joint-venture and management agreements; satellite and other insurance coverages; construction; energy distribution; and intellectual property patents and licences. Michael has represented both investors and states in arbitrations pursuant to bilateral investment treaties and the Energy Charter Treaty. He also has represented companies and states in connection with court proceedings involving sovereign immunity, act of  state, and the recognition and enforcement of  foreign judicial and non-judicial awards. Michael has substantial experience with the US Foreign Corrupt Practices Act, other anti-bribery laws and sanctions programmes. Michael is consistently recognised as a leading international arbitration practitioner by Chambers USA, Chambers Global, The Legal 500, Benchmark Litigation, Euromoney and Super Lawyers. He was named International Arbitration Lawyer of  the Year for 2018 and 2019 by Benchmark Litigation. Michael is a member of  the board of  directors and the International Advisory Committee of  the American Arbitration Association, the Users Council of  the Singapore International Arbitration Centre, the British Virgin Islands International Arbitration Centre panel of  arbitrators, and the ICSID panel of  arbitrators, as well as a fellow of  the Chartered Institute of  Arbitrators. Michael also teaches international commercial arbitration as an adjunct professor at the Georgetown University Law Center.