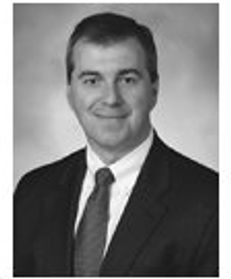 Matthew Dowd focuses his skills on complex appellate and trial litigation, with an emphasis on patent and intellectual property issues. Through his years of practice, Mr. Dowd has successfully worked on numerous high-stakes and eclectic legal matters, focusing primarily on all stages of complex patent matters (AIA proceedings, litigation, prosecution, and counselling). Mr. Dowd's expertise and leadership are regularly consulted, as he is frequently asked to comment in the press on leading intellectual property issues.

Mr. Dowd has substantial experience with Hatch-Waxman litigation, including all stages of opinion analysis, litigation, and appeals. His technical background in medicinal chemistry is ideally suited for litigating pharmaceutical patents. He has represented clients in a range of trial forums for patent disputes, such as the Eastern District of Texas and the District of Delaware, as well as the Patent Trial and Appeal Board at the USPTO.

Mr. Dowd's work has been reported in the Washington Post and the Wall Street Journal. He is also well-known for his successful pro bono representation in the "free-range kids" case. The case was widely reported in the national, local, and international news.