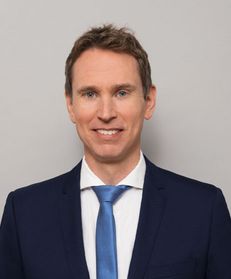 Mathieu de Rooij’s practice focuses on oppositions and appeals before the EPO, as well as patent drafting and patent prosecution. He is particularly active in the fields of renewable energy, medical devices, metal forming and automotive technology, but his practice also includes a wide range of technologies involving mechanical engineering, aerodynamics, electronics and electrical engineering.

Mr de Rooij joined BARDEHLE PAGENBERG as a partner to co-head the Barcelona office after a career as an EPO examiner and almost a decade as a partner in private practice in Spain. During his years at the EPO, he gained privileged insights into the EPO, its procedures and the minds of its examiners.

Mr de Rooij assists clients in infringement cases and disputes spanning multiple jurisdictions. He regularly acts as a technical expert on the validity and infringement of patents in Spanish court proceedings and frequently lectures on European patent practice in Spain. Throughout his career he has also been active as a speaker explaining EPO practice on a variety of topics in collaboration with the EPO and its Boards of Appeal.