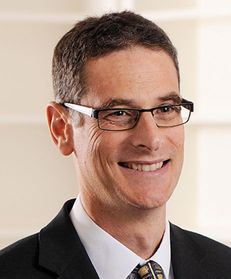 Martin is a European and UK Patent Attorney. The Legal 500 identifies Martin as a "recommended individual" who is "efficient, courteously critical when needed and has an excellent technical grasp".

Martin's experience over two decades is concentrated in the electrical, software, manufacturing and engineering fields, including marine engineering and agricultural and crop processing machinery. However, given his background, he often handles technology which falls between engineering and chemistry, particularly materials related matters including packaging plastics, metals, ceramics, semiconductors, composites and materials processing.

Martin has a special interest in cleantech and has start-up clients operating exclusively in this field (e.g. LEDs, wave energy, wind energy, PVs, recycling etc) as well as multinational clients for whom he acts in connection with cleantech innovations (e.g. in transport, water etc).

He advises clients on freedom to operate matters, as well as enforcement, drafting, filing and prosecuting patent applications at the European Patent Office (EPO) and elsewhere. The inventions Martin handles include those made by academics (including a 2014 Nobel Prize for Physics winner!), start-ups and multinational industrial research groups. He aims to give practical advice based on an understanding of the commercial goals of his clients. Martin is also highly experienced in litigation before the EPO both at the Opposition and Appeal levels. He usually attends several EPO hearings in contentious proceedings each year. Martin's extensive experience at the EPO includes defending European patents against oppositions in which allegations of prior use were raised and in support of which witnesses were heard by the EPO. Martin is additionally qualified as a litigator and holds the Higher Courts Litigation Certificate, which enables him to conduct IP litigation in the Intellectual Property Enterprise Court and the High Court and on appeal to the Court of Appeal and the Supreme Court.

Martin's client base ranges from large multinationals to small start-up companies developing their IP position. Major clients are concentrated in Japan, where he visits patent applicants and agents regularly, and in the UK and Continental Europe.

Martin's other responsibilities within the firm include the monitoring of progress towards implementation of the UPC and changes in law and practice in Europe, including the impact of Brexit and training new members. As a dual British-German national, Martin speaks German fluently and works frequently from our Munich office.