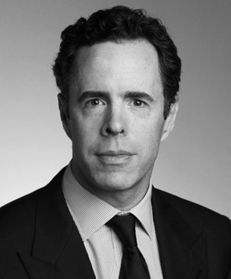 John V H Pierce is a partner and head of the international arbitration practice in the New York office of Wilmer Cutler Pickering Hale and Dorr LLP. Mr Pierce represents a global client base in a wide range of industries and sectors in international arbitrations seated throughout the world. He has extensive experience arbitrating under both civil and common law regimes, and under the rules of all major arbitral institutions. In addition to his work as counsel, Mr Pierce sits as an arbitrator in international disputes, and publishes and speaks widely on international dispute resolution. Mr Pierce is an honours graduate of Georgetown University’s School of Foreign Service, the Institut d’Études Politiques de Paris (CEP) and the Georgetown University Law Center. He was a law clerk for Judge M Margaret McKeown on the US Court of Appeals for the Ninth Circuit, a Jean Monnet Fellow at the École Polytechnique in Palaiseau, France, and a Young Leader of the American Council on Germany. He is a member of the Executive Committee of the New York International Arbitration Center, a founding member of the International Arbitration Club of New York and a member of the Council on Foreign Relations. He is fluent in French.