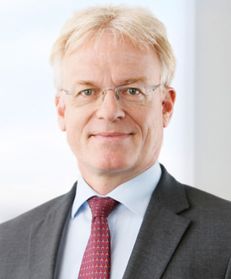 Jochen Bühling started his career in the lawfirm of Krieger Mes & Graf v. der Groeben after studying law at the Westfälische Wilhelms University in Münster in September 1992. In 1999 he received a doctor's degree with a thesis on "Trademark Licenses and Contractual Agreements". He has been a partner of the lawfirm since then.

In his professional activities he focusses on patent and trademark litigation and advising clients out of court in all issues of intellectual property rights, in particular with regard to the infringement of IPR, strategies for protection or licensing negotiations. He has also been active in mediation as a party representative and as a mediator. Jochen Bühling represents international and national clients ranging from multinational companies to SMEs or individual inventors.

On an international level Jochen Bühling is active in AIPPI where he served from 2001 to 2010 on the Bureau and was Reporter General from 2006 to 2010. In January 2014 he was elected as President of the German Group of AIPPI. He is also a member of GRUR, the German-American Lawyers Association (GALA) and of AIPLA.