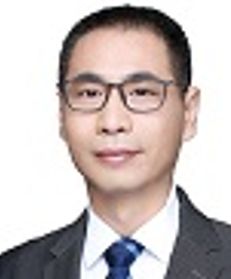 Based in the Beijing office, Dr. Jian Xu is an internationally recognized China IP expert. A dually qualified Chinese attorney (2008) and patent/trademark agent (2006), Jian was the first local Chinese employee when Gowling WLG opened its first China office back in 2008 and is currently the Managing Director and Head of IP Prosecution.

Jian provides strategic advice on all aspects of IP in business, including the drafting, prosecution, acquisition, and licensing of patents, trademarks, copyright and know-how. On the contentious side, he has managed IP litigation and administrative actions all over China. Sector focus includes the chemical, pharmaceutical, biotech, agricultural, energy, and oil & gas industries. Jian has a strong science background, and has a BSc degree in polymer chemistry from Beijing and a PhD degree in biochemistry from the University of Manchester in the UK.

Jian was the first Chinese attorney entrusted by Dyson to conduct its IP enforcement actions in China in 2011. Over the last 10+ years, he has handled over 200 patent invalidation actions before the CNIPA and 40 patent and design litigation actions across China on behalf of Dyson.

Jian is a leading China IP expert at the European IPR SME Helpdesk, the British Chamber of Commerce in Beijing, and the Embassy of Canada in Beijing. He also provides pro bono legal advice to charity organizations such as Oxfam.

Jian has been ranked as a leading individual in both the WTR Trademark 1000 and the IAM Patent 1000 since 2016. Jian was also recognized by Who's Who Legal 2020 for his patent work.

Jian is the author of "Chinese Intellectual Property – A Practitioner's Guide", published by the China IP Publishing House in January 2013.