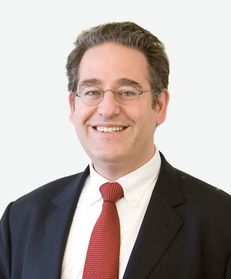 Jeremy Lack is an appropriate dispute resolution (ADR) neutral and attorney-at-law providing a broad range of international dispute prevention and resolution services. He specialises in commercial and intellectual property disputes, and provides online dispute resolution services. He is a member of the Independent Advisory Committee of the International Mediation Institute, the co-president of the Swiss Chamber of Commercial Mediation (Section Romandie), and a panellist with several international ADR institutions (e.g., AAA/ICDR, CPR, CMAP, ICC, INTA, SCCM, SIAC, WIPO). He qualified as an English barrister in 1989, as a US attorney-at-law in 1990–1991 (New York State, Court of Appeals for the Federal Circuit and United States Patent and Trademark Office) and was admitted to the Geneva Bar as a foreign lawyer in 2003. Jeremy is a door tenant with Quadrant Chambers (United Kingdom) and counsel to Helvetica Avocats Sarl (Switzerland) and Legal Rebel (Netherlands), and serves as general counsel to the start-up companies SonarSource SA and MindMaze Holding SA. He has served on several boards of directors and as a business executive for several start-ups. Jeremy has a master’s degree in physiological sciences and jurisprudence from Lincoln College, Oxford University. He co-founded www.neuroawareness.com and www.innovadr.com, and lectures on IP at the Swiss Federal Institute of Technology in Lausanne. He lives in Geneva, Switzerland with his wife, with whom he co-mediates.