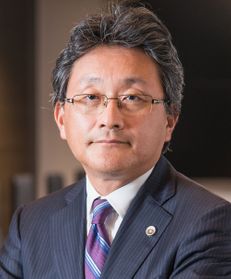 Hiroyuki Tezuka is a member partner of Nishimura & Partners, one of Japan’s leading international law firms, and heads the firm’s international litigation practice group. He specialises in international litigation and arbitration, commercial litigation and (friendly and hostile) mergers and acquisitions. He has represented many international clients including premier Japanese and foreign manufacturers, banking and securities firms, insurance companies and news media in dispute resolutions involving antitrust laws, corporate governance, insurance laws, intellectual property, defamation, joint ventures, licensing, construction and other commercial matters as well as international bankruptcy. Mr Tezuka has been involved in a number of international commercial arbitration cases under the rules of the JCAA, ICC and AAA. Mr Tezuka is a graduate of the University of Tokyo (LLB, 1984) and Harvard Law School (LLM, 1992). He is a member of the Japanese and New York Bars. Mr Tezuka worked at Cleary Gottlieb Steen & Hamilton, in New York from 1992 to 1993. From 2003 to 2005, he was the Coordinator of the Legislative Council of the Ministry of Justice (Modernisation of Private International Law). He served as secretary to the Arbitration Committee of the IBA Dispute Resolution Section from 2005 to 2006 and has served as vice chair to the same committee from January 2007 to present. From 2006, he has been committee vice chairperson, Dispute Resolution and Arbitration, of the Inter-Pacific Bar Association. He is the author of numerous articles in Japanese and international legal publications.