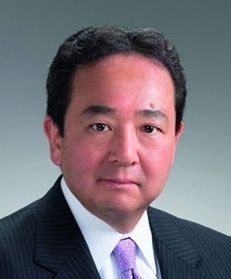 Hajime Watanabe is a patent litigator at the top of his game, appreciated by peers and clients alike for his commercialmindset.

Mr Watanabe joined Mori Sogo (now Mori Hamada & Matsumoto) in 1987. He worked at Jenner & Block in Chicago from 1993 to 1995 and at the US Federal Trade Commission in Washington DC in 1995. In 1994 he was admitted in Illinois (as a foreign consultant) at the Chicago Bar Association and in New York at the New York Bar Association. He is also a member of the American Bar Association and the American Intellectual Property Law Association. He co-founded STW & Partners (now SHIOMIZAKA) in 2007 with seven other lawyers from Mori Hamada & Matsumoto to form a new cutting-edge law firm. By recruiting new partners and associates who have highly specialised knowledge and experience, the firm can provide innovative legal advice in a flexible and effective manner that is tailored to each case, while maintaining a broad perspective, not limited to any one particularfield.

All lawyers at SHIOMIZAKA have vast experience in dealing with dispute resolution matters with both domestic and international aspects, including IP, antitrust and contractual disputes. The firm is a relatively recent arrival on the patent litigation scene and has made rapid progress; it is “a sought-after commodity on the Japanese market”, according to IAM. The team has advised myriad of household-name clients from Japan and abroad on matters across various industrysectors.