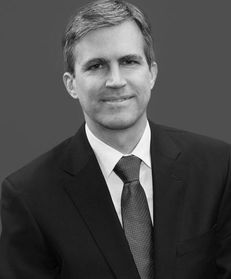 Georg Reitboeck focuses on patent litigation. He handles all phases and aspects of patent infringement cases in the U.S., including discovery, claim construction and summary judgment hearings, trials and appeals. Having studied and practiced law in both the U.S. and Austria, he is well-versed in the legal systems and cultures of the United States and Europe. Bilingual in English and German, Mr. Reitboeck has represented a number of German companies in U.S. litigation, has counseled U.S. clients in German proceedings, and brings unique value to U.S./German parallel patent litigations.

Aside from his litigation practice, Mr. Reitboeck counsels clients on all aspects of intellectual property law, including trademark, false advertising, and trade secret law, as well as the niche area of employee inventions. He also drafts and negotiates IP-related contracts, such as license or joint development agreements.

Earlier in in his career, Mr. Reitboeck was a partner at the New York IP-firm Kenyon & Kenyon LLP. Before moving to the U.S. in 2003, he practiced IP law at Schoenherr, one of Austria’s preeminent law firms, for several years.

Mr. Reitboeck has written on numerous patent and trademark issues in various German- and English-language publications, and has spoken on U.S. patent litigation in Germany and Austria. His doctoral thesis on employee inventions has been cited repeatedly by the Austrian Supreme Court.