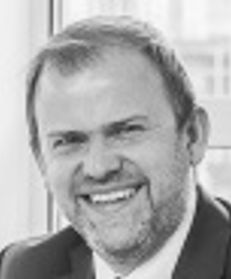 Gary leads the Engineering and Tech groups at Carpmaels & Ransford. He is a highly respected software, computer and medical technology specialist, who handles a diverse portfolio of cases that cover technologies ranging from electrical and electronic engineering, telecommunications, signal and image processing, semiconductor technology and measurement technology to medical systems and devices. He is recognised for his ability to tailor creative strategies to the differing requirements of his clients, creating and advising on patenting strategies, carrying out due diligence, and coordinating patent portfolios, throughout the world.

Throughout his career Gary has represented a broad spectrum of clients, ranging from large multinationals, such as Hewlett-Packard Company, Micron Technology and Johnson & Johnson, through SMEs such as TouchType (SwiftKey) now a part of Microsoft, to universities and individuals.

He has a wealth of experience in drafting patent applications in extremely diverse areas of technology, so as to ensure that they are robust in multiple jurisdictions. Gary manages a very large prosecution practice before the UK and European patent offices, and has handled numerous oppositions and appeals before the European Patent Office (EPO), both as opponent and defendant. He also advises his clients on the infringement and validity of UK patents, and co-ordinates subsequent negotiations and/or actions. Gary regularly advises his clients on the contentious and ever-developing area of patentability, in both the UK and European forums, of software and computer-implemented inventions, and inventions in other areas said to be excluded from patentability. Gary also retains notable IP experience in Asia, specifically China and Japan.

Gary graduated from the University of Leicester, where he was awarded a Bachelor’s degree in Electrical and Electronic Engineering, and a PhD in digital signal processing for research concerning simulation and analysis in electromyography, which included the application of Chaos Theory and Neural Networks to the problem of decomposing the clinical electromyogram.