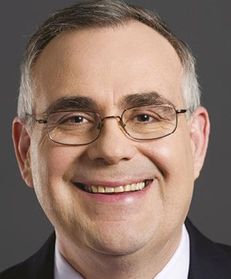 Donald Merino, PhD is the founder of Asia Patent Group, a licensing and advisory business. His focus is working with individual inventors, companies and universities to help them develop their IP strategies, inventions and the potential paths towards monetization. In the past four years Dr. Merino has led significant consulting projects for US and foreign companies, including as advisor to the CEOs of Via Licensing and HEVC Advance (both worldwide leaders in technology pool licensing), one of China's largest handset manufactures, one of China's largest Internet companies, and numerous smaller companies. During this time Dr. Merino completed over 50 licensing deals with Chinese and Taiwanese companies, and developed relationships with all of the major handset manufacturers, communication equipment manufacturers and television companies in China and Taiwan.

Dr. Merino has extensive global experience in business development as well as buying, selling and licensing intellectual property. He spent nine years at Intellectual Ventures as vice president and general manager for intellectual property. During that time his team completed over 1,200 transactions for a value of more than $1 billion and he led almost 1/2 of those deals. Later, he served as Senior Vice President for Licensing at Intellectual Ventures, where he drove over $1 billion in licensing revenue and personally led, developed and closed over $500 million in committed revenue (including licensing deals with American Express, Verizon, Samsung, LG, Hynix, HTC, CPT, Wistron and Sony). Dr. Merino previously worked at Intel, as Director of Strategic Business Development and Co - Director of Licensing, where he developed and managed a $250M/year licensing program. Prior to Intel he was the Director of Licensing at General Instrument Corp. and their representative to the MPEG LA board. Dr. Merino is a Certified Licensing Professional with a Master of Engineering degree in Mechanical Engineering and a PhD in interdisciplinary subjects, both from the Stevens Institute of Technology. He holds a BS from the US Naval Academy and served in the US Navy as an officer aboard USS New Jersey and USS Arkansas, and did a tour in the Middle East supporting Special Forces for which he was awarded a Navy Commendation Medal.