The IAM team has arrived in Tokyo, where starting this afternoon IPBC Asia will bring over 500 senior IP executives together at the magnificent Palace Hotel. There couldn’t be a better moment or place to be discussing recent developments in the region’s IP market.

The programme for the three day event, which begins Sunday evening, has been designed to deliver practical advice for IP executives at a time when technologies are evolving at breakneck speed, but political and legal uncertainties cloud many key patent-issuing jurisdictions in Asia and further afield. Asian governments and companies seem to have seized the opportunity to quickly develop their IP strategies and the region holds significant promise for patent owners.

Sessions over the coming days will pay special attention to developments here on the ground in Japan, where many companies are reconsidering the ways in which they view and utilise their IP portfolios; some by choice and others by necessity. The country’s corporates own some of the largest patent portfolios in the world and in the past year even more of them have taken a turn toward creating cash revenues out of their IP assets.

We continue to see Japanese companies divesting IP rights in the electronics and semiconductor sectors, via both M&A and pure patent deals. In addition, they are taking the initiative to generate licence revenue streams; the most recent example being Hitachi which has recently filed US patent suits against Huawei, ZTE, Blackberry, ASUS and others.

Perhaps surprisingly, Japan is also home to a patent fund success story. For several years, major players including Panasonic and NEC have transferred rights to IP Bridge. In the past 12 months, it has started to see results from its assertion and licensing efforts, announcing settlements with companies like Broadcom and ARM, while securing a strong of confidential SEP licences which have been unconnected to litigation. The results should inject a level of confidence that there are plenty of Japanese patent assets out there with money-making potential.

Both commercial and judicial developments make Asia a lively and busy place for IP, and have boosted Asian companies’ power in competing with their peers from the US and EU. On the other hand, concerns about regional tendencies to protectionism remain strong. Major SEP holders and licensors are under enormous regulatory scrutiny in Asia, with Taiwan providing the most recent examples in a long line of SEP pronouncements with major market impacts.  Two weeks ago the Fair Trade Commission there fined Qualcomm $773 million, following in the footsteps of regulators in China and South Korea. And just yesterday we learned that the Commission had given InterDigital the all clear.

Especially in Japan, policymakers are considering and proposing novel approaches to addressing issues around SEP licensing. There will be plenty of discussion of these and other issues in the next few days.  Will increased regulation drive down the value of certain SEPs, or even discourage standards participation? How can the complex problems of SEP licensing in the 5G era be addressed without harming patent rights, innovation and the economy? Seeking a balance will be a key theme here in Tokyo.

So there is plenty going on here in Japan, but IPBC Asia delegates will also see plenty of discussion about the US and Europe, as well as the dynamic of fast-growing markets in China and Southeast Asia. If you can’t be with us, watch for IAM’s reports on the proceedings this Monday and Tuesday, as well as our Twitter feed where we’ll be using the #IPBCAsia hashtag. For delegates – remember your raincoats this afternoon when you come to the opening reception. We hear a typhoon is on the way! 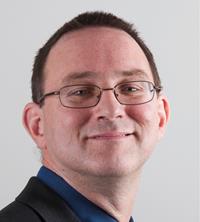