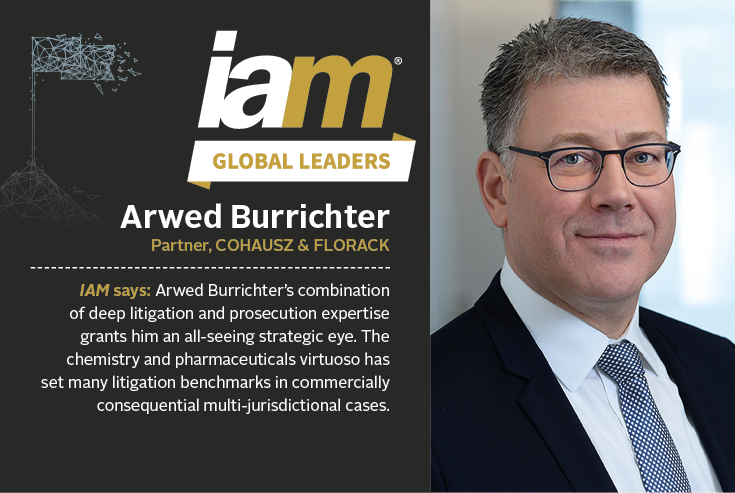 You do a lot of work with US clients. What are the differences between prosecuting patents at the USPTO and the EPO?

There are a number of important differences between the EPO and the USPTO. For life sciences patents, it is particularly important to be aware of the EPO’s high plausibility standards for non-obviousness and enablement (ie, the experimental data contained in the patent application itself must be sufficient to render an asserted technical effect plausible). In Decision T488/16, the EPO Boards of Appeal revoked the compound patent for Bristol-Myers Squibb’s blockbuster drug Sprycel because the application itself did not contain sufficient data. Therefore, applicants should include as much verifiable experimental data or other evidence (eg, structure activity relationships or common general knowledge) as possible in the application to meet the plausibility threshold. Not including available data in an attempt to preserve confidentiality may backfire, rendering the invention implausible and depriving the applicant of the possibility to rely on post-filed evidence to further substantiate a claimed technical effect. Many of our US clients seek strategic advice on which specific data to include in the first filing when drafting the application text.

What is the key skill set that a top-quality patent attorney needs to possess?

A good patent attorney must be a strategic thinker and have a meticulous mind which pays great attention to detail. They must be able to break down complex technical cases into simple key arguments. It is also important to have significant litigation and opposition experience, as you cannot write strong patents for clients unless you can spot the traps and weaknesses that competitors may use to attack the patent in litigation.

The EU Regulation on Supplementary Protection Certificates (SPCs) for Medicinal Products is now in force. How important a development is that?

The new EU Regulation on SPCs for Medicinal Products entered into force on 1 July 2019 and introduces an SPC manufacturing waiver for generics exported to non-EU countries, as well as a stockpiling exemption for ‘day-one entry’ to the EU market. The changes were introduced to boost the competitiveness of Europe’s generics and biosimilar industries to compete with those of India and China. The regulation contains safeguards for SPC holders against abuses of the manufacturing waiver. It remains to be seen which practical effects the regulation will have on the pharmaceutical market, but market experts expect that the regulation will have little impact on the global generics and biosimilar market.

How would you characterise the level of protection currently available for life sciences inventions in Europe?

The European patent system provides a high level of protection to life science inventions. The courts are generally prepared to grant injunctions in the life sciences field, particularly on the basis of compound patents. Some countries, including Germany, even allow for ex parte preliminary injunctions against competitors, which is a big plus for patent owners. There are certain limitations to patent protection in the life sciences industry at the EPO. For example, the EPO’s practice with regard to reach-through claims is highly restrictive. However, in such cases, turning to national patent offices may help. Thus, applicants with reach-through claims may decide to nationalise the Patent Cooperation Treaty application in certain national patent offices in Europe, such as Germany, in addition to the EPO.

What single development would most improve the patent protection regime in Europe?

Once adopted, the unitary patent and the UPC will bring significant changes to the patent system in Europe. Under the new system, users will have the choice between the existing European patent (bundle patent) and the new European patent with unitary effect (unitary patent). Each option has its pros and cons and users will need to carefully choose what best suits them. Even if both systems coexist for a while, the UPC is expected to significantly harmonise patent law in Europe, which has long been needed. The adoption of the unitary patent and the UPC are currently on hold pending the outcome of a constitutional complaint before the German Constitutional Court.

Arwed Burrichter is a European and German patent attorney. He obtained a PhD in chemistry from the University of Southern California, Los Angeles, under the guidance of Nobel Laureate Dr George Olah. Dr Burrichter has a substantial track record in EPO opposition and nullity cases. He maintains an extensive patent prosecution docket for his clients and advises on strategic IP decisions. He has authored numerous articles and co-authored a textbook on European patent proceedings.