A year in review: key SEP/FRAND discussions in 2022 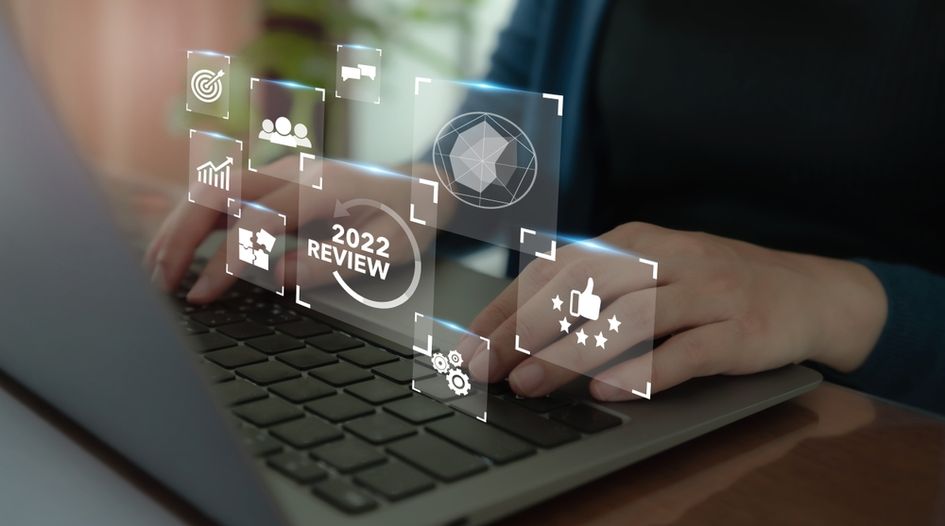 Topics around SEPs and FRAND dominated IP conferences, webinars and symposiums in 2022. While many panel discussions covered issues similar to 2021, conversations in 2022 mostly related to industries where standards subject to SEPs were implemented (eg, smartphones, 5G licences, automotive, energy, home appliances and IoT). As the topic continues to evolve, it is crucial to examine the key takeaways from these ongoing discussions.

Connectivity technologies have become vital across many industries. New industry applications implement standards for specific use cases including vehicle to X (V2X), machine to machine and NB-IoT or LTE-M, relevant for a diverse set of IoT applications. Standards projects such as 4G, 5G, WiFi or HEVC/VVC are subject to tens of thousands of SEPs, but not all cellular or wireless SEPs are essential for all use cases.

In discussions around transparency for SEP essentiality and FRAND rates, net licensees and net licensors have vastly different perspectives. Standards implementers argue that there is a lack of transparency. In their view, SEP owners often declare patents years after patent publication and standard release and patent declaration statements provide no information about specific standard versions or sections, which are critical to distinguish use cases (eg, V2X, NB-IoT or LTE-M) and the actual implementation of a standard subject to SEPs. Additionally, they argue that SEP owners rarely disclose all SEP licence agreements during bilateral FRAND negotiations to compare the rate in the industry.

On the other hand, SEP owners argue that providing more patent declaration details is not only burdensome for their internal experts, but it is also a matter of timing where patents are pending and standards are not final; even once they are, claims may still change due to opposition or rulings from the PTAB.

Also, early declaration in a “timely manner” as stated by the European Telecommunications Standards Institute (ETSI) is only possible when SEP owners declare without charting patents beforehand and when they are providing broad information (eg, a patent application number) or a broader standard project or release only. By design, this results in over-declaration. With regard to disclosing SEP licence contracts, SEP holders argue that these are under strict non-disclosure agreements (NDAs).

SEP owners fear a cherry-picking approach, where implementers pick and choose the most favourable terms from all disclosed contracts. Transparency is not a one-way street. Occasionally, implementers are unwilling to provide information (eg, on their product sales activities) or at least cover them with extensive NDAs that again prevent sharing of SEP licensing agreements with others.

FRAND negotiations appear to create issues on both sides of the table. Implementers often feel that they are in the dark; they fear agreeing to terms where they eventually pay more than their competitors. SEP owners, on the other hand, criticise implementers who are unwilling to join real negotiations and therefore delay the process – this means that SEP owners can wait for several years before receiving any royalties.

The most drastic and probably unexpected FRAND dispute outcome in 2022 was the decision by Oppo and its subsidiary to stop selling smartphones and smartwatches in their German online stores. The product withdrawal followed two defeats at the Regional Court in Munich. In other words, Oppo chose not to pay FRAND royalties rather than sell its products in Germany. While Oppo's withdrawal from the German market has been described as temporary, no official date has been set for the return of its products. Presumably it depends on litigation outcomes, especially – but not exclusively – in its dispute with Nokia.

When and where: why SEP portfolio size is dynamic

The challenge with SEPs is that there are always two moving targets: the pending patent with changing claims, and the standard, which is subject to new versions until a new release crystallises. Therefore, SEP portfolios are dynamic in size, legal status and market share, because:

When it comes to standards, new versions are published where newly integrated sections are eventually fully mappable to previously non-essential patent claims. At the same time, new approved and accepted standards contributions are subject to newly filed SEPs that increase the overall stack of SEPs per standard.

The overall number of active and valid SEPs for a specific standard (the denominator in a fraction analysis) is subject to change, as well as the SEP owner’s SEP portfolio (the numerator in a fraction analysis), which changes the market share (numerator over denominator). Understanding the SEP portfolio market share thus requires access to patent declaration data to identify:

A question that dominated 2022 was: how does one determine the essentiality of large SEP portfolios?

Publicly self-declaring all potentially essential patents for a given standard is a crucial aspect of a company’s obligation under standard-setting IP rights policies and ensures that all potential SEPs are subject to a FRAND commitment. Still, such patent declarations must not be confused with verified SEPs.

Self-declarations of SEPs, however, do not always provide reliable information on whether a licence is required. Several studies indicate that only a fraction of the declared patent families are essential. Declarations are often insufficiently specific to support the work of technical experts tasked with verifying whether patents are standard essential. To check a patent’s actual essentiality, one would need the version with the relevant specifications and the specific sections thereof, to which the patent most specifically relates. Ideally, the expert would also need the patent’s specific claims that are believed to be potentially essential.

The IPlytics database identifies that only 7.2% of patent declarations at ETSI specify a section number. 5G alone is currently subject to approximately 40,000 declared granted patent families and 1,200 standards specification documents (not even considering all versions), which on average have between 98 and 671 pages and between 80 and 350 different sections. Subject-matter experts must read through all documents to identify relevant sections to be mapped to relevant claims. It is not only difficult to find the right experts for claim charting, but the hourly rates can be as high as €500 outside of litigation – technical expert witnesses often request even higher rates during litigation.

A recent survey highlighted that claim-charting challenges are not just about budgets. The surveyed experts were working for both an SEP holder and SEP implementers; the majority of them reported that the most challenging aspect is the time required for claim charting. Indeed, subject-matter experts may need more than one day to conduct just one claim chart. If that expert works alone, claim charting a portfolio of 300 patents may need an entire year. While larger teams of claim-charting experts may provide faster results, the surveyed experts reported difficulties in finding such experts, particularly with limited budgets.

Patent essentiality checks differ from patent infringement analysis because patent infringement depends on the specific implementation of a standard in a device. Here, not every device category needs to incorporate all the elements of a standard. It depends on whether the patent in question is only essential to an optional or normative feature, which may or may not have been implemented in the device. With the application of standards such as 4G and 5G across different industry verticals, for example, some use cases may not require all technical specifications of 4G or 5G. LTE’s mobiles’ device-to-device communication features, for example, are specifically aimed at public safety applications and are thus irrelevant to a smartphone. Another example is that machine type communication devices cannot use high-end 5G features and thus will not need such patented technology in a 5G implementation. Similarly, SEPs essential to base stations may or may not be used in a smartphone.

The 5G standard will have an increasing number of application layers compared to LTE –  the essentiality check of patents will heavily depend on how the 5G technology specifications are implemented (eg, in a vehicle compared to a smartphone or smart meter). Various subject-matter experts state that with an increasing number of 5G implementations for different use cases, claim charting must consider these use cases and thus the different implementations of a standard.

Next week’s review will discuss developments in how to measure patent value in the SEP space, dispute resolution in the auto industry and implementing standards subject to SEPs.