Why patent practitioners are warming to Iancu’s PTAB reforms 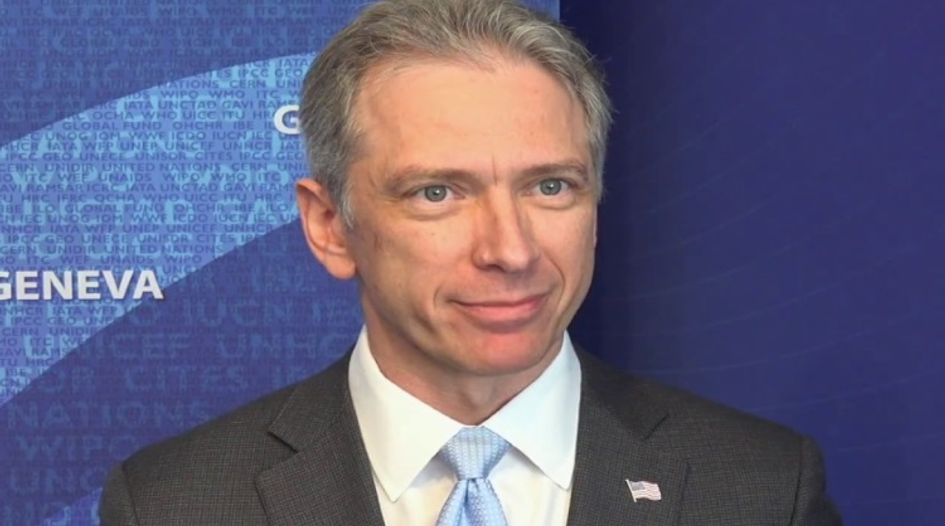 Since it was created in 2012, the PTAB has become a vital - and controversial - part of the patent dispute landscape in the United States. For many of those eight years, the board was seen by many to be, in the words of former CAFC Chief Judge Randall Rader, "the patent death squad". Now, though, perceptions are changing. A series of reforms undertaken since Andrei Iancu became USPTO Director, alongside a growing collection of Federal Circuit rulings, mean that the balance between petitioners and patent owners is being recalibrated. Iancu himself has talked of "a new day at the PTAB". In a recent  IAM roundtable, Finnegan’s Joshua Goldberg, Ken Adamo from the Law Office of Kenneth R Adamo, Brent Babcock from Womble Bond Dickinson and Skiermont Derby’s Sarah Spires set out how far they agreed.

Joshua Goldberg: I agree that it is “a new day at the PTAB”. I represent both petitioners and patent owners, so I will not comment on whether it is a good day or a bad day, but the PTAB has definitely become much less scary to patent owners over the past few years. Historically, it was reasonable for petitioners to assume that they would win and patent owners to assume that they would lose. That is no longer the case. With the changes in the claim construction standard, the amendment procedures and, most significantly, the advent of discretionary denials under Section 314, the complexity of PTAB proceedings has increased exponentially. Both petitioners and patent owners need to account for all of these changes and others that are happening all the time if they want to maximise their chances of success. It is no longer good enough to simply pick up a sample paper from a few years ago and modify it to match the substance of a new case.

Ken Adamo: We believe that Iancu has demonstrated his focus on transparency and improving PTAB trial practice. The PTAB’s new rules and decisions provide more clarity and at least some guidance on how the PTAB is to arrive at a decision (eg, factors that it considers when deciding whether to exercise its discretion when reviewing follow-on petitions). It is unlikely that these rules and decisions are intended to be the ultimate interpretation of the PTAB’s authority. Instead, they are the PTAB’s attempt to provide guidance to practitioners where there is none in the statute or the Congressional record. When additional guidance is provided by the Federal Circuit or even the US Supreme Court, the PTAB has shown itself to be ready to implement whatever changes are necessary.

Brent Babcock: I have referred to the slew of recent changes as evidence of a pendulum swing at the PTAB.  Whether that pendulum swing-back is a new day, or perhaps more aptly a change in the weather, is debatable. The early days of the PTAB saw very high patent kill rates, which led many stakeholders and observers to view it as robustly anti-patent. Of course, such widespread negative sentiment (regardless of its truth) was quite problematic for the USPTO, which is (obviously) in the patent business. The PTAB’s recent changes have appeased many of the critics, which is a good development for the USPTO. Further, while the perception of a less patent-hostile PTAB is important, proof of the PTAB’s patent friendliness is largely in the statistics. From that perspective, the kill rates have fallen measurably, although they remain in the 35% to 40% range.  So while the forecast for patent owners has markedly improved, that does not mean that a summer of patent love has arrived.

Sarah Spires: I suppose whether I agree that it is a new day at the PTAB depends on how different I expect one day to be from the next. I do believe that the PTAB is not the “patent death squad” that it was considered in its infancy, when the weakest issued patents were all subjected to inter partes review in large swathes. I have seen the PTAB hold petitioners to their burdens of proof in the petitions and deny institution when the patent owner is able to point out the deficiencies in the petitioner’s arguments. However, I have still seen a number of cases that seem a little results-driven, regardless of what I believe to be a failure of proof by the petitioner. For this reason, I believe that it remains to be seen whether the changes at the PTAB will continue to trickle down to the outcomes of the final written decisions.