WDTX judge says it's not a plaintiffs’ paradise, but that won’t stop rights owners flocking there 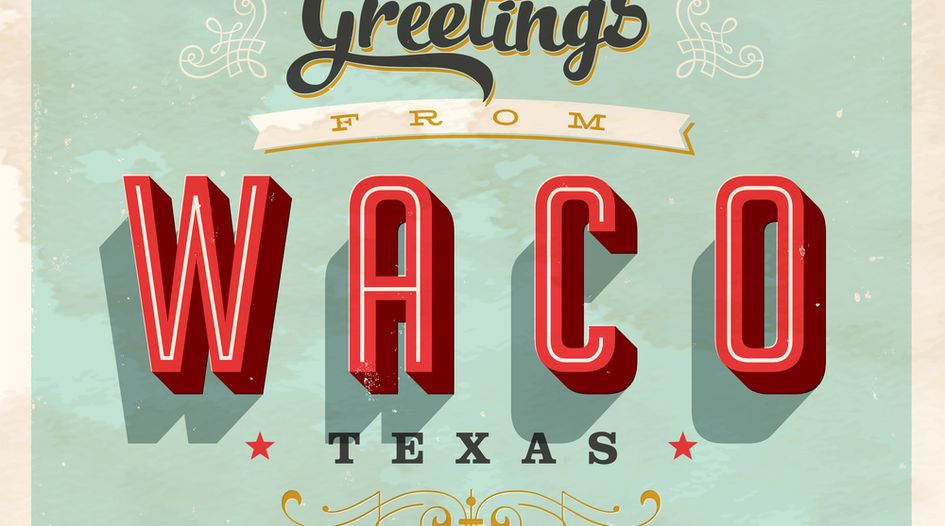 Earlier this week we ran a two-part exclusive with Judge Alan Albright, the judge from the Western District of Texas, who over the last year or so, has become one of the most significant figures in the US patent system. You can see part one of our interview here and the second part here.

Having broadcast early in his tenure that he is ready and willing to hear patent cases, Albright has seen his docket explode, including a growing slate of cases brought by NPEs.

His mounting caseload is also a reflection of two other factors.

First, the importance of the Supreme Court’s decision in TC Heartland. This rewrote the case law on venue and has limited patent owners' ability to file suits in some venues such as the Eastern District of Texas.

Second, the growing importance of Austin in the Western District as a tech hub. This reduces Big Tech’s chances of having a case transferred to, say, the Northern District of California.

Although patent owners are heading to his courtroom and look likely to make it the busiest in the US this year, in our interview Albright was at pains to stress that it should not be regarded as plaintiff friendly. What came across loud and clear is that he wants any party appearing before him in a patent case to have certainty around how a suit is likely to unfold in terms of procedures. This approach, he claims, is balanced between plaintiffs and defendants. “I want every party that comes out of my court to feel like I was scrupulously fair,” Albright said.

That may well be the case, but the judge's relatively unique background and his enthusiasm for patent law immediately mark him out from his peers sitting in other federal district courts. As a former IP practitioner who has argued any number of cases himself, he is far better versed in the thrusts and parries of patent litigation than your typical US judge. So, for example, he has a far better understanding of the intricacies of a Daubert motion and the nuances of a Markman hearing.

That makes him far closer to the more specialist IP judges you find in many parts of Europe. Whether he likes it or not that makes it more likely than not that Albright will be perceived to be a judge who patent owners want to get in front of.

What's more, in true Texan style, Albright believes that everyone has a right to their day in court, which means that, unlike many other districts, he is less likely to stay a case pending a decision from the PTAB. That is hugely attractive to a patent owner who can envisage early motions falling their way in a case before Albright, possibly leading to a settlement ahead of the PTAB making any rulings.

There are a couple of other interesting angles to Albright’s rise in the US patent system. For one thing, there is the growing scrutiny that will surely come as his docket expands and his case management continues to evolve. That might lead to his name cropping up in policy circles in Washington DC much as Judge Gilstrap in the Eastern District became a focus as his share of US patent litigation sky-rocketed in 2015.

In our interview, Albright admitted that he hadn’t thought of the possible knock-on effects in DC or elsewhere of his rise in popularity, but that he would encourage anyone who is interested in his expanding influence to look at how he runs his cases. If he stays true to his work about striking the right balance between plaintiffs and defendants then critics will have a hard time making anything stick.

One final point to remember about Albright is that while patent owners clearly like his patent nous and the way he has been managing his docket, this is very early days in his time as a district court judge. His first jury trial in a patent case is unlikely to come until later this year - covid-19 depending - which means it’s going to be a few years before we have a significant collection of data which shows us how jury trials before him are likely to pan out. As one experienced patent litigator put it to me, there’s no reason to expect that a jury in WDTX, where Big Tech has become such an important part of the local economy, will take as dim a view of the denizens of Silicon Valley as jurors across the border in East Texas.

In other words, it’s too early to say whether we’re going to see an avalanche of large jury awards from Albright’s Waco courtroom. That may not be what plaintiffs want to hear, but it will be his patent savvy that will arguably keep them filing in the US’s hottest new district for patent litigation.