The Indian judicial system respects and upholds the rights of prior trademark users anywhere in the world. Some recent decisions involving the concepts of well-known marks and trans-border reputation serve to highlight the dynamism of the Indian courts.

India is one of the world’s fastest-growing economies, a nation hungry for development and opportunity. It has sound enforcement mechanisms, a progressive judiciary and a political will to do away with archaic laws. More significantly for rights holders, the Indian judicial system respects and upholds the rights of prior trademark users anywhere in the world. Some recent decisions involving the concepts of well-known marks and trans-border reputation serve to highlight the dynamism of the Indian courts.

A mark can be declared well known in India only through a judicial pronouncement – that is, either an order issued by the registrar of trademarks in opposition or rectification proceedings or a court order in a civil suit.

Section 11(6) provides that the registrar must consider the following factors when determining whether a trademark is well known:

More significantly, Section 11(9) establishes that the following are not conditions for determining whether a mark is well known:

In Microsoft Corporation v Kurapati Venkata Jagdeesh Babu (February 3 2014) the Delhi High Court considered extensive evidence in relation to advertising and publicity for the mark MICROSOFT, concluding that it was indeed a well-known mark. In particular the court held that “as per the material placed on record, it is evident that the trademark Microsoft is a well known trademark. The same is known to most of the people in the entire world. No one is entitled to use the same either as a trademark or part of its trading style/corporate name in relation to similar or dissimilar business as the said trademark has got a unique goodwill and reputation”.

The court awarded Microsoft Rs200,000 in compensatory damages, with a further Rs300,000 in punitive/exemplary damages, as well as damages on account of loss of reputation and goodwill.

In the earlier case of Tata Sons Ltd v Ghassan Yacoub (CS (OS) 1672/1999), in addition to restraining the defendant from using the TATA mark, the plaintiff requested a declaration that the TATA mark was well known. It filed extensive evidence in relation to sales, advertising, copies of favourable orders, registration certificates and a large number of documents illustrating the goodwill and reputation associated with the mark. Considering this evidence, the court ordered the defendant to desist from operating any business or dealing in any manner with the plaintiff’s well-known trademark TATA, any other mark comprising ‘Tata’ or any mark that is deceptively/confusingly similar to it.

In Akteibolaget Volvo v VN Prasad (2006 (32) PTC) the Delhi High Court observed that: “the plaintiffs adopted the word VOLVO which is stated to be rare Latin word both as a trademark and a trade/corporate name. This name is stated to be an invented mark as it has no obvious meaning nor is it found in any authoritative dictionary of the English language. The mark has been registered in various countries.” The court relied upon the following observation in Aktiebolaget Volvo v Malaram Choudhary (CS (OS) 2/77 2008): “the above narration shows that the plaintiffs trade mark ‘VOLVO’ is a well known, well reputed trade mark which is recognised by the members of the trade and public and has been exclusively associated with the goods and business of the plaintiffs. The plaintiffs are the owners of the goodwill and reputation attached to this trade mark and are entitled to protection of their proprietary rights in the said trademark against infringement by other.”

A trademark will be declared well known only if the plaintiff specifically requests this and files documentary evidence to support this.

It is recommended that rights holders maintain an inventory of successful actions taken against third parties that were prevented from using an identical or a deceptively similar name, as this can be powerful evidence in securing a declaration that a mark is well known.

Another effective method of bolstering the well-known status of a mark is to secure an acknowledgement of this from any party against which enforcement action is taken (eg, a cease and desist letter). Again, this can be useful evidence when it comes to obtaining a declaration from the courts.

The Indian courts have recognised the concept of trans-border reputation in IP cases. A prior adopter of a trademark in any part of the world can successfully enforce its rights in India, provided that there is spill-over reputation which can be substantiated through documentary evidence.

The Apex Court’s decisions in Whirlpool and over 100 subsequent cases have established the concept of trans-border/spill-over reputation.

In NR Dongre v Whirlpool Corporation ((1996) 5 SCC 714) Whirlpool Corporation brought a suit for passing off to restrain the defendants from manufacturing, selling, advertising or in any way using the WHIRLPOOL mark as part of another mark in respect of its goods. The subject matter of the appeal was the manufacture, sale and advertisement of washing machines under a mark which included WHIRLPOOL.

The Apex Court held that:

It cannot be denied that insofar as WHIRLPOOL is concerned, the plaintiff has been the first in point of time to be in the market, the question of exact geographical reasons apart…Whirlpool has been frequently advertised and has featured in international magazines circulated in India. Through the pleadings, documents and affidavits filed by the plaintiffs positively make out a case of actual sales by the plaintiffs of Whirlpool products including washing machines in a number of geographical regions around the world, insofar as India is concerned, Plaintiff does not make out a case of actual sales in the markets in India. The plaintiff has made limited sales to US Embassy and US AID in India. However, the products have been advertised in magazines having international circulation including in India…Whirlpool associated with plaintiff was gaining reputation through the world. The reputation was travelling trans-border to India as well as through commercial publicity made in magazines which are available in or brought in India. These magazines do have a circulation in the higher and upper middle income strata of Indian society. A washing machine is a household appliance used by the middle and upper class of the society.

Whirlpool was a ground-breaking decision in IP jurisprudence, insofar as the Apex Court confirmed that advertising a trademark is considered to be use and is sufficient to prove reputation and goodwill in India, even when no goods are being sold on the market.

Following Whirlpool, parties with only trans-border reputation and no actual sales of goods in India have succeeded in passing-off cases on several occasions. The Apex Court clearly recognised the principle that a trader should enjoy protection through its prior use of a trademark/trade name, as the benefit of that name, fame, reputation, image and goodwill should not be taken advantage of by another trader passing off its goods as those of the prior user.

Restraining the defendant from using the DUNHILL mark and trade name, the court held that:

It is well settled that a passing off action would lie even if the plaintiff is not manufacturing or producing in this country, any goods similar to that of the defendants...

Assuming for the sake of argument that textile articles manufactured by plaintiff are not available for sale in India. Yet plaintiff company is entitled to protect its global reputation, image, name, fame and goodwill as the goodwill or image or reputation of goods and marked does not depend upon its availability in a particular country. It was held that trans border reputation of the trademark and trade name DUNHILL has been established in this country by means of the fact that plaintiff products are available in duty free shops in India, by the fact that advertisement of plaintiff’s goods under the trademark and trade name DUNHILL are to be found in various magazines like the Newsweek, Time and the Asia Magazine, which are freely available in India. It can safely be inferred that the plaintiff’s trademark and trade name DUNHILL have a live reputation in this country.

Trans-border reputation in the pharma sector

With specific reference to the pharmaceutical sector, in Milmet Oftho Industries v Allergan Inc (2004 (28) PTC 585 (SC)) the Apex Court observed that medicines have an international character for various reasons, including the fact that members of the medical fraternity keep abreast of the latest developments in medicine and preparations worldwide, medical literature is freely available and medical conferences and symposiums are attended by doctors. It was specifically held that:

in present times and particularly in the field of medicines, the courts must also keep in mind the fact that nowadays the field of medicine is of an international character. The court has to keep in mind the possibility that with the passage of time, some conflict may occur between the use of the mark by the Applicant in India and the user by the overseas company. The court must ensure that public interest is in no way imperilled. Doctors particularly eminent doctors, medical practitioners and persons or companies connected with medical field keep abreast of latest developments in medicine and preparations worldwide. Medical literature is freely available in this country. Doctors, medical practitioners and persons connected with the medical field regularly attend medical conferences, symposiums, lectures etc. It must also be remembered that nowadays goods are widely advertised in newspapers, periodicals, magazines and other media which is available in the country. This results in a product acquiring a worldwide reputation. Thus, if a mark in respect of a drug is associated with the Respondents worldwide it would lead to an anomalous situation if an identical mark in respect of similar drug is allowed to be sold in India…thus the ultimate test should be who is first in the market.

The concepts of well-known trademarks and trans-border reputation have been given meaning and substance by the courts in India, supported by a dynamic fraternity of IP lawyers. This is likely to shape a new landscape for IP laws in the near future.

First Channel Building Plot No 17 A Sector 16 A 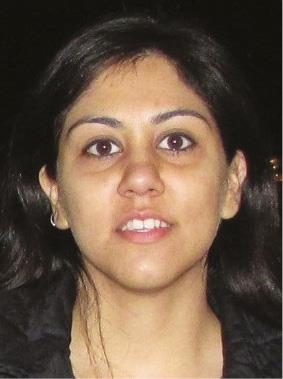 Swati Sharma has significant experience in the contractual and commercial exploitation of intellectual property, as well as in drafting commercial agreements and advising companies on establishing their businesses in India. She has also provided extensive advice on the adoption, protection and increasing visibility of brands, as well as opinions relating to licensing, franchising, IP takeover transactions, mergers and acquisitions and joint ventures for Fortune 500 companies.

Ms Sharma joined Anand and Anand in January 2007. She regularly attends international IP conferences and was a speaker at the International Franchise, Retail & Licensing shows organised by the International Licensing Industry Merchandisers’ Association on November 3 and 4 2012 and October 19 2013, both in New Delhi. At the Managing Intellectual Property India IP and Innovation Forum on March 7 2013, Ms Sharma spoke on the monetisation of intellectual property.