Vringo and ZTE go the distance: an infographic

Last week, IAM reported on US PIPCO Vringo's announcement that it had reached a $21.5 million settlement and licence agreement with China's ZTE, bringing to an end a sprawling, multi-jurisdictional and often bad-tempered web of patent infringement and validity litigation between the two companies over telecommunications infrastructure and handset-related assets which had formerly belonged to Nokia.

Something that really stands out about the Vringo-ZTE dispute is its geographic reach. This appears to be the first time that a US-based NPE launched major litigation on multiple fronts worldwide with the United States being just one theatre – and arguably, not even the main one.

I have put together an infographic outlining the situation in the different jurisdictions in which Vringo and ZTE came into conflict. You can view it below (a full-size version is available here). 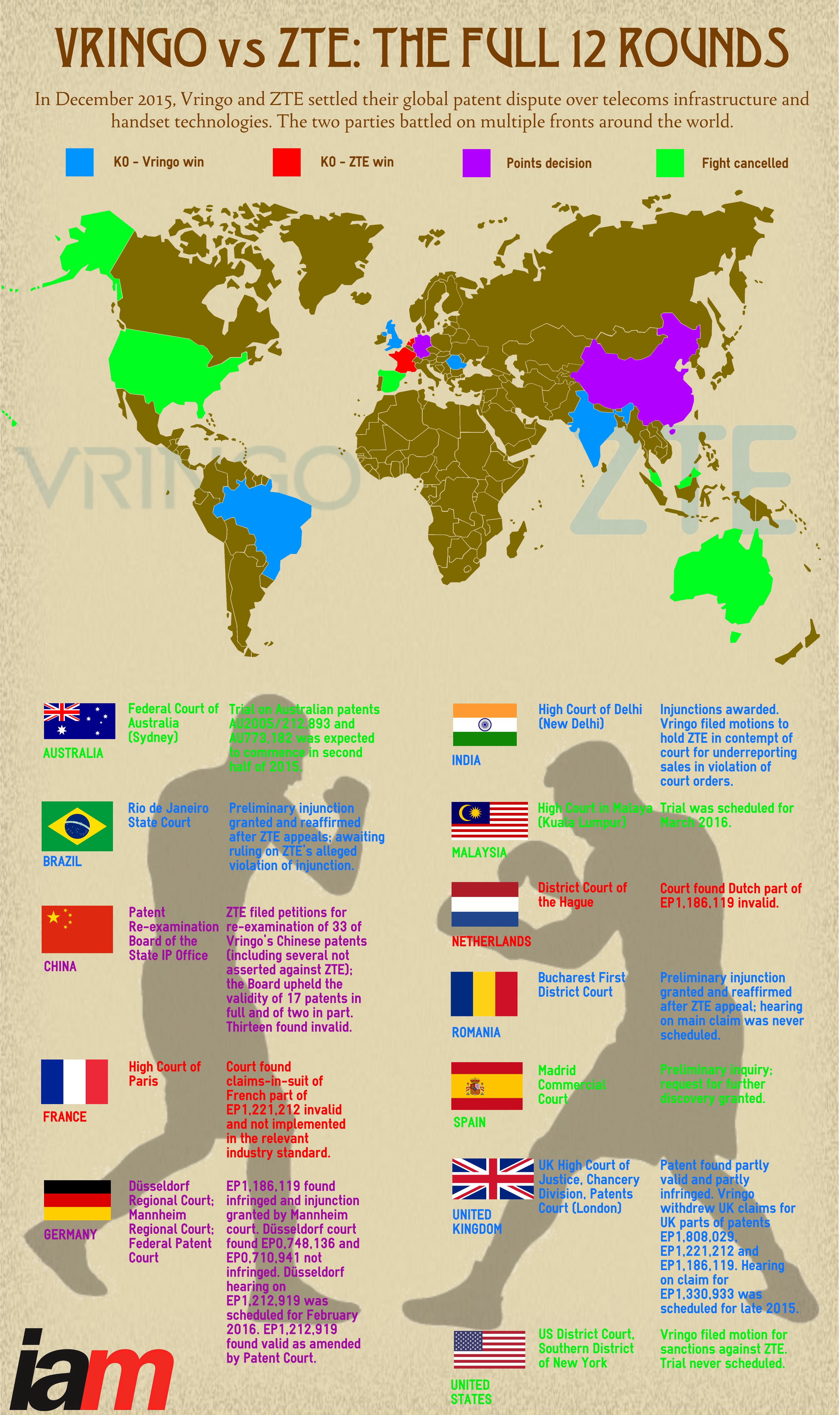