The US is gifting 5G patent leadership to others 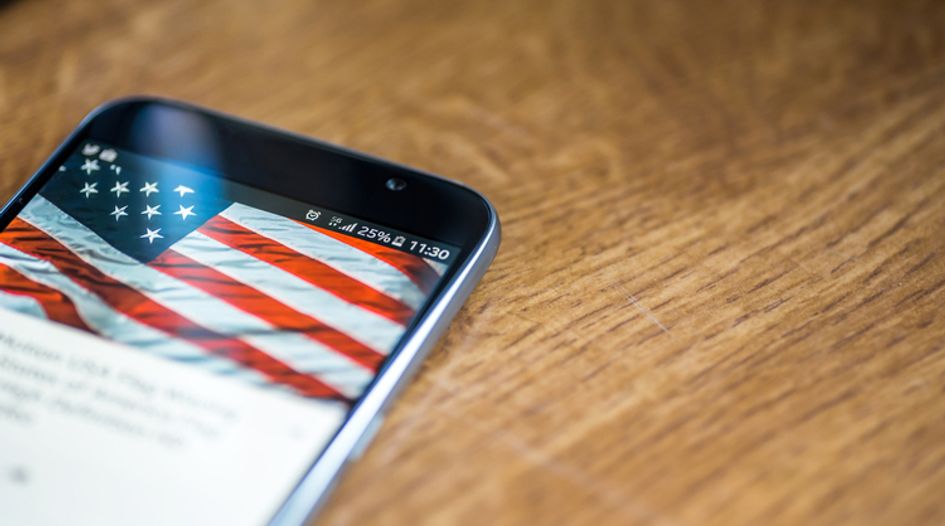 “The race to 5G is on and America must win,” Donald Trump said at a White House event he hosted in April. The US President identified the importance of network growth and talked of the wireless industry’s plans “to invest $275 billion in 5G networks, creating three million American jobs quickly, and adding $500 billion to our economy”. They were stirring words.

What’s more, Trump was undoubtedly correct. Fully embracing 5G and the almost instantaneous connectivity and interaction that it delivers will be key to the US’s economic future. Without widespread access to 5G networks - and what will follow them – US citizens and businesses will be left behind in the era of the Internet of Things and the Fourth Industrial Revolution.

All of which makes American failures on the 5G patent front even harder to understand. While European and Chinese courts and policy makers have been grappling with the many IP issues that 5G creates, in the US the picture is one of confusion. If things do not change, then the US runs the very real risk of being a 5G follower, not a leader, with all the potential business, accessibility and even security issues that creates.

The US’s problems begin with the technology. If you look at any listing of the top owners of standards essential patents in the 5G arena, the only American name you are guaranteed to see is Qualcomm. And while it is undoubtedly the case that the quality of 5G SEPs is what ultimately matters, not the quantity, it is also true that the numbers do tell at least one story: by and large it is non-US entities that have been driving 5G forward.

Then there is Qualcomm itself. By any measure it is a market leader: a company that invests huge amounts in R&D to develop extraordinary technology that is coveted by implementers across the world. A true national champion if ever there was one. Or so you would think. But at least one part of the Trump administration believes it is a greedy leviathan that needs taking down a peg or two.

To many observers from outside the US, the FTC’s legal action against Qualcomm is bizarre, to say the least. Why attack a trailblazing, world class business that ensures a US voice at 5G’s top table? As the IoT era gets underway, shouldn’t such a singularly successful company be built up and encouraged, not thrown into disarray?

Of course, there are other parts of the US government that take a very different view to the FTC’s. The Department of Justice is clear in stating that it believes the agency’s action against the chip giant is wrong, while other departments, such as energy and defence, have also expressed concerns. But that only emphasises that currently this is not an issue that is sparking any interest in the White House. There is clearly no all-encompassing administration line or policy. When 5G leadership is said to be such a priority, that doesn’t really make sense.

And it’s not just at home that the actions of the Trump administration hurt Qualcomm. Like other American high tech businesses, it is hugely exposed to the vicissitudes of the trade war the US president is currently waging against China, with significant licensing income and market share on the line.

Of course, the FTC v Qualcomm is not the only game in town in the US. There is also TCL v Ericsson to throw into the mix. The first instance decision by Judge Selna, sitting in the Central District of California, to apply a top down FRAND royalty rate to the Ericsson SEPs in that case left the Swedish company bemused. It also stood in stark contrast to the approach adopted by English judge Colin Birss in the Unwired Planet v Huawei case.

Both decisions are now under appeal. Ericsson presented its case to the CAFC a couple of weeks ago, while the UK’s House of Lords will hear the Unwired Planet arguments next month. Should both cases stand, the English courts are going to look a whole lot more favourable to 5G patent owners than the US ones. It is hard to imagine the German courts will not respond to that. If that were to happen, then the chances are it will be Europe – not the US – that ends up dictating global SEP royalty rates. Again, from a US perspective, that seems to be sub-optimal.

The reason why Europe is on the brink of taking the 5G patent lead is the Court of Justice of the European Union’s 2015 decision in Huawei v ZTE. That case was a foundation for the Unwired Planet decision and is being worked through by courts in Germany and other European countries, too. There is no US equivalent because the Supreme Court has yet to address FRAND and SEPs.

With the FTC v Qualcomm and TCL v Ericsson both live, perhaps it is time for that to change. Until the court’s nine justices consider this pivotal issue, and the country’s policy makers develop a coherent line, the US is gifting the chance to shape the world’s 5G patent landscape to others.