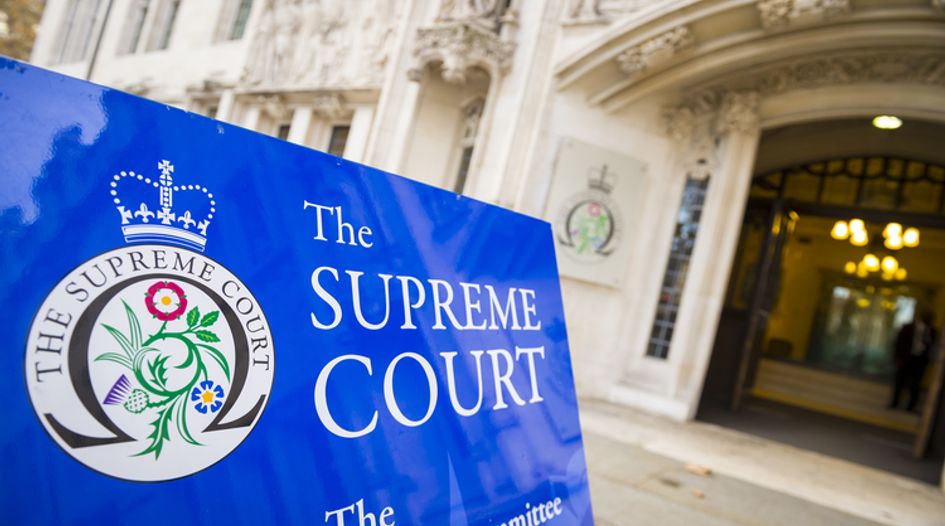 The UK’s highest court has thrown out an appeal by the National Health Service (NHS), which sought £220 million damages from Servier for losses incurred as the result of the assertion of a pharma patent that was later invalidated.

The decision confirms that life sciences patentees do not face a risk of third-party lawsuits where their IP litigations proved unsuccessful – a danger that may have materialised if the ruling had gone the other way. However, other recent developments suggest that third parties may play an increasingly important role in determining whether or not injunctions are granted, and in the cross-undertakings made by patentees to secure banning orders.

The appeal to the Supreme Court concerned Servier’s assertion of a secondary patent relating to hypertension and heart failure medicine perindopril. The company’s compound patent expired in 2001, but in 2004 Servier was granted a further patent by the EPO for the alpha crystalline form of the drug. This right was used to obtain a UK injunction against generic versions of perindopril. The injunction was overturned in 2007, when a court ruled the patent invalid for lack of novelty.

The NHS and the UK Secretary of State for Health sued Servier in 2011, seeking to recoup the substantial sum it could have saved had generics been allowed onto the market earlier. It brought an action for the tort of causing loss by unlawful means. The NHS alleged that Servier had known that the patent in question was not valid and misled the EPO and English courts in the process of obtaining and enforcing the IP right.

However, Servier was successful in having the claim struck out at the High Court in 2017. Roth J found that the case did not satisfy the dealing requirement, which the House of Lords (the Supreme Court’s predecessor as the UK’s highest court) held to be a necessary element of unlawful means tort in OBG Ltd v Allan [2008]. This is the requirement for the wrongful act of the defendant against a third-party public authority to interfere with the liberty of the public authority (ie, the EPO and the English courts) to deal with the claimant.

In 2019, the Court of Appeal agreed that, even if the allegations against Servier were true, the NHS had no cause of action against the company. The NHS then appealed to the Supreme Court.

The court unanimously dismissed this appeal last week, holding that the House of Lords OBG decision had imposed the dealing requirement, and that that judgment should be upheld. The Lords had been concerned to “keep the tort within reasonable bounds”, it found, and considered the dealing requirement key to this. Rejecting the NHS’s argument that OBG is too narrow a restriction on the interests protected by the tort, the Supreme Court found that overturning the dealing requirement would risk creating indeterminate liability.

The ruling – though not unexpected – is good news for pharma patentees, who otherwise could have faced additional significant strategic risks when seeking injunctions against generic competitors. In fact, the decision gives a clear signal that UK litigants are not liable to pay compensation to third parties for losses incurred as the result of ultimately-unsuccessful patent enforcement.

“The decision means that, in general, patentees cannot be sued by third parties for maintaining a patent that turns out to be invalid, even if they knew it was invalid the whole time,” comments Darren Smyth of EIP. “It is not that third parties cannot do anything. If they do not like a patent, they are supposed to apply to revoke that patent. The remedy is already there.”

Smyth also points out that in the 2017 decision, Roth J said that it is unclear whether the alleged wrongdoing by Servier is illegal and actionable in any case. So, unlike in the US and other jurisdictions, there appears to be no legal sanction for lying to the patent office under UK law.

Third parties can still intervene in patent disputes by asking to be included in the cross-undertakings given by patentees when applying for an injunction. The NHS was included in the cross-undertaking given by Warner-Lambert in connection with its pregabalin patents. The subsequent failure of Warner-Lambert to reverse the invalidation of its second medical use patent means that it could be on the hook to pay £500 million in damages to the NHS.

The fact pattern of the pregabalin dispute is uncommon, but the 2019 Patents Court Guide included a stipulation that the court will consider whether the injunction applicant should give an undertaking to the NHS.

Third-party interests may also have become a more significant factor in whether interim injunctions are granted. This follows a rare decision by the High Court to turn down a request for an injunction in its June 2020 Neurim Pharmaceuticals v Generics ruling, in which Smith J found it appropriate to consider the NHS’s interests when choosing whether to grant a banning order.