On 3 September 2020 Chinese smartphone giant Xiaomi prevailed in its opposition against a mark consisting of the Chinese characters for ‘Orange Mi’ and the letters ‘cnmi’: 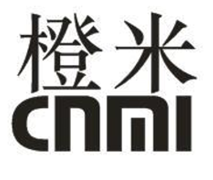 The case was recently selected as one of the Chinese Trademark Office’s “Exemplary Trademark Opposition and Adjudication Cases of 2020”.

On 7 July 2012 Xiaomi registered its iconic MI device (depicted below) in Class 9:

Xiaomi also registered the MI logo as a work of fine arts with the National Copyright Administration in July 2012. Xiaomi expanded its trademark portfolio by registering the logo in Class 7 on 21 February 2018 and 14 April 2019.

The application was published on 13 March 2019. On 13 June 2019 Xiaomi filed an opposition citing, among other things:

The examiner found that the arguments were tenable and decided to uphold the opposition.

The examiner adopted a methodical approach in analysing the case.

In assessing the similarity of the marks, the following facts were taken into account:

In ascertaining whether there had been damage to Xiaomi’s prior copyright, the examiner focused on the following elements:

In practice, the originality of a sign consisting of stylised letters could be questioned by the authorities. Since copyright registration does not need to go through substantial examination, a sign the originality of which is questioned may be denied copyright protection, even if a copyright registration certificate has been acquired. It is therefore very welcome that the Trademark Office seems to be open to utilise all available avenues to curb bad-faith filings. This case also illustrates that the authorities are increasingly taking into account the intentions of trademark applicants.