Trademark litigation in 2015 and 2016: a retrospective

Indian trademark jurisprudence continued its rapid development in 2015, passing many important milestones. As with the economic growth, investor confidence and ease of doing business that India has cultivated in the last decade, the narrative of the Indian trademark ecosystem has been one of previously unimaginable progress. The last 10 years have seen:

By crystallising trademark jurisprudence, the judiciary has contributed immensely to the evolving trademark ecosystem – and 2015 was a year of notable volume and diversity in trademark cases and decisions.

This chapter provides a panoramic view of trademark decisions in 2015 and 2016, dealing with a wide range of issues pertaining to the interpretation and implementation of the Trademark Act 1999. Courts dealt with a range of issues, including jurisdiction, punitive damages, trademark legacy rights, ultra vires government orders, rights over religious names and general principles of similarity and confusion.

A clear position on jurisdiction is key in litigation. No matter how strong the case, if jurisdiction is not rightly adduced, it will not be adjudicated. In 2015 the Indian courts delivered crucial decisions regarding trademark infringement in which jurisdiction was in dispute.

Indian Performing Rights Society Ltd v Sanjay Dalia ((2015) 10 SCC 161) discussed the territorial jurisdiction of the court in respect of Section 134(2) of the Trademark Act and Section 62 of the Copyright Act 1957. In this case the Supreme Court held that the suit under Section 62(2) of the Copyright Act and Section 134(2) of the Trademarks Act could be filed only at the location of the plaintiff’s principal place of business and nowhere else, including the locations of its subordinate offices, since no cause of action had arisen there.

Further to the question of jurisdiction, Ultra Home Construction Pvt Ltd v Purushottam Kumar Chaubey (227(2016)DLT320) dealt with the interpretation of Section 20 of the Civil Procedure Code in terms of Section 62 of the Copyright Act and Section 134(2) of the Trademarks Act, regarding the location where a suit can be instituted by the plaintiff in case of trademark or copyright infringement. The Delhi High Court contemplated four situations (in the context of the plaintiff being a corporation):

The issue of punitive damages has received attention across the legal community. Although controversial, punitive damages are considered by many to be an effective remedy serving a twofold purpose: punishing the defendant for outrageous misconduct (hence deterring similar future infringements), and rewarding IP ownership through monetary gains.

Although the Indian courts have traditionally shied away from awarding large punitive damages (where they awarded them at all), the Delhi High Court awarded one of the highest punitive damages awards in trademark matters in Cartier International Ag v Gaurav Bhatia (2016 (65) PTC 168 DEL). The plaintiff sought a permanent injunction restraining passing-off and trademark infringement, as well as damages against the defendant, which operated the e-commerce website digaaz.com, offering counterfeit versions of the plaintiff’s products. The defendant refrained from filing a written statement and the suit was concluded ex parte.

The court held that this was a flagrant case of dishonesty, in which the counterfeiting committed by the defendant was prima facie apparent. The plaintiff proved the damages it had suffered, attributable to the flagrant infringement. A decree for a permanent injunction was thus passed in favour of the plaintiff. The court granted punitive damages of Rs10 million (approximately $150,000) in favour of the plaintiff. The court specifically referred to the defendant’s failure to attend proceedings, stating that a party which chooses not to participate in court proceedings must suffer the consequences. The approach taken and the damages awarded in this case have raised many eyebrows, demonstrating a hard-line approach towards counterfeiting.

Shri Ram Education Trust v SRF Foundation (FAO (OS) 280/2015, CM 9540, 9542/2015, FAO (OS) 340/2015 and CM 11577/2015) dealt with a trademark dispute between the heirs of a trademark owner. Considering the rights of both parties as legal heirs of the rights holder, the court held that the goodwill and reputation of the trademark should pass on to the benefit of all heirs, not excluded by other factors.

However, the order was modified: the restraint imposed on the defendant against using the disputed trademark for schools under construction was vacated. The defendant was instead obliged to include a disclaimer on its sign and all stationery indicating that it had no connection or relation with the plaintiff’s schools; however, it could also include a statement that its school was run by Vivek Bharat Ram under the legacy of his grandfather Shri Ram.

The judgment represents a key precedent on the concurrent use of a trademark which takes into consideration the equal rights of heirs and, thanks to the mandatory disclaimer, avoids the possible deception of the public caused by concurrent use of a mark by two parties.

Failure to assert one’s rights in a timely manner can result in a claim being barred by laches and trademark litigation is no exception to this rule, as was noted in KRBL Ltd v Lal Mahal Ltd (2015 (62) PTC 82 (Del)). The division bench of the Delhi High Court affirmed a single judge’s ruling that the appellant’s more-than nine-year delay in bringing the action against the respondents disqualified it from securing an injunction.

The appellant had failed to explain the delay on its part – indeed, the single judge had prima facie found that the explanation for the delay was false and there had been active concealment on the part of the appellant. Further, the court shifted the balance of convenience in favour of the respondent, since it had made sales totalling tens of billions of rupees, which further diluted the cause of the appellant (in terms of its long interval in bringing action).

Lal Babu Priyadarshi v Amritpal Singh (AIR 2016 SC 461), which dealt with the trademark rights over the name of a religious book, reinforced the established principle of trademark law that words and names in the public domain cannot be monopolised. Appellant Shri Lal Babu’s application to register the trademark RAMAYAN (the name of a popular epic story in Indian mythology) for incense sticks and perfumeries in Class 3 was opposed by respondent Shri Amritpal Singh, a dealer in such products, who claimed that the name of a religious book should not be the subject matter of an individual monopoly. The assistant registrar of trademarks held that:

The opposition was hence dismissed. The respondent filed an appeal before the Intellectual Property Appellate Board, which set aside the order passed by the registrar. The appellant then filed an appeal by way of special leave, in respect of which the Supreme Court passed an authoritative judgment holding that exclusive rights cannot be claimed over the name of a religious or holy book by any party for its goods or services.

A sudden and unprecedented decision by the Trademark Registry to abandon tens of thousands of trademark applications without bona fide notice to the stakeholders made headlines across the globe. The uproar translated into immediate filings of writ petitions, following which the Delhi High Court pronounced a stay on all such abandonment orders in Intellectual Property Attorneys Association v Controller General of Patents, Designs and Trademarks and Tata Steel Limited v Union of India. The final outcome of this issue will not only determine the fate of the trademarks in question, but also reflect the court’s evaluation of IP offices’ dicta of such kind.

Last year saw significant rulings on trademark disputes regarding the similarity of marks. Larsen and Toubro Ltd (L&T) v Lachmi Narain Trades (2015 (64) PTC 386DEL) revisited this question. The Delhi High Court considered whether the defendant’s mark LNT/ELENTE was deceptively similar to the plaintiff’s mark L&T and whether the defendant was trying to pass off its goods as those of the plaintiff’s by use of the mark. Relying on various landmark precedents and the facts of the case, the court held that the possibilities of confusion and deception were apparent and the mark used by the defendant was deceptively similar to that of the plaintiff. The suit was decided in favour of the plaintiff.

International Foodstuffs Co LLC v Parle Products Pvt Ltd (Notice of Motion 2624 of 2012 in Suit 2497 of 2012) concerned the differences between LONDON DAIRY and LONDON DERRY. The court held that mere phonetic similarity between the marks could not be the basis of injunctive relief. It held that such similarity could not outweigh:

The evolution of Indian trademark jurisprudence is multifaceted and open ended. The above decisions supporting increased punitive damages and reversing government orders, along with the general trends of speedier decisions and upfront resolution of non-conventional issues, reflect the power and vision of the Indian courts. However, only time will tell how these judgments will influence the Indian IP ecosystem and India’s economic and socio-political future. 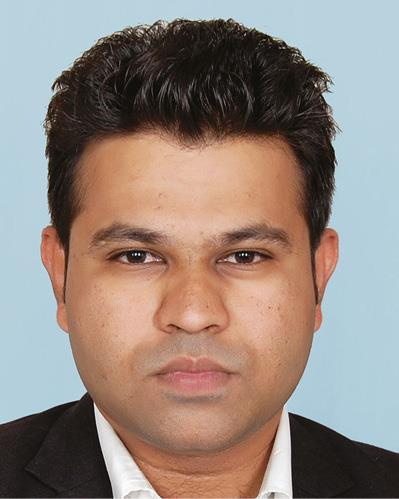 Abhijeet Deshmukh is a litigation attorney at Khurana & Khurana Advocates and IP Attorneys. He has an LLM from Symbiosis International University. Mr Deshmukh specialises in all aspects of trademark law and contract law, with a focus on IP and commercial litigation, Uniform Domain Name Dispute Resolution Policy disputes and prosecution of trademark and copyright applications. He has represented various corporate clients in litigation, prosecution and opposition cases before the Indian courts and trademark offices. 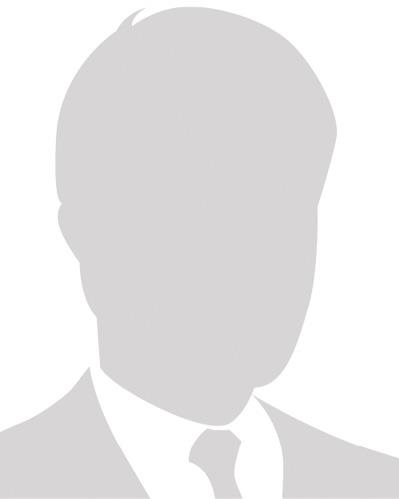 Abhishek Pandurangi is an ardent promoter of IP rights, having worked in different areas as an IP practitioner, entrepreneur, legal expert and trainer. He has dealt with various IP matters, including patent searches, drafting and prosecution; trademark litigation; domain name matters; and copyright and database infringement counselling. He is on the IP faculty of the Institute of Company Secretaries of India and the Ministry of Micro Small and Medium Enterprises Development Institute. Mr Pandurangi has a BTech in chemistry from the Institute of Chemical Technology, Mumbai. He is a practising lawyer with an LLB and a registered patent agent, and holds certificates in intellectual property from the World Intellectual Property Organisation and international law from Leiden University. 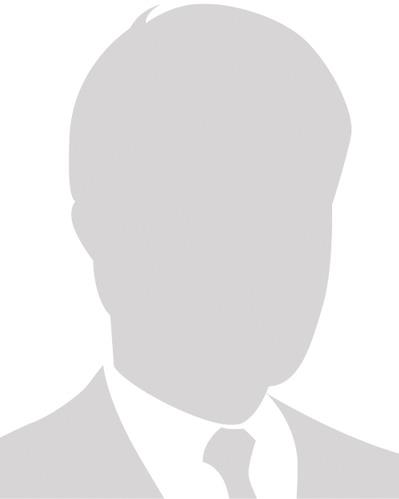 Tarun Khurana is a senior partner at Khurana and Khurana with extensive experience in intellectual property. He focuses on patent preparation, prosecution and litigation opinions, as well as patentability searches, invalidation searches, freedom to operate, infringement analysis, valuation and commercialisation. He has a BS in computer science from Savitribai Phule Pune University, an MS in software systems from Birla Institute of Technology and Science, an LLB from Chaudhary Charan Singh University and an MBA from the Indian Institute of Management, Lucknow. He has certificates from the Indian Institute of Technology, Delhi, the World Intellectual Property Organisation, the Asian School of Cyber Laws, the Indian Law Institute and International Software Testing Qualifications Board. He has spoken at numerous institutes and associations.