Use of a trademark on OEM products is sufficient to meet the use requirement and to defend against a non-use cancellation action.

Article 49(2) of the amended Trademark Law provides that the CTMO will cancel a trademark registration that has not been used for three consecutive years without good reason.

A UK company registered the SCALEXTRIC mark in China in 1995. Its validity was challenged on the grounds of non-use between 1998 and 2001. Evidence showed that during that period, products bearing the SCALEXTRIC mark were manufactured in mainland China by an OEM manufacturer under a purchase contract with the rights holder. Those goods were then exported from China to the United Kingdom via Hong Kong; they were never sold on the Chinese market.

The CTMO cancelled the trademark registration for non-use. The rights holder filed a review with the Trademark Review and Adjudication Board (TRAB), which upheld the decision. The rights holder then initiated legal proceedings by filing an appeal with the Beijing Number 1 Intermediate Court, which again upheld the TRAB’s decision, agreeing that the mark had been used on OEM products which were exclusively destined for export from China. Thus, the mark could not function to distinguish the origin of the goods, as the targeted consumers could not access those goods. As such, this could not be considered to be genuine use of a trademark.

The case was finally brought before the Beijing High Court, which overruled the previous decisions and found that the use of a trademark on OEM products exclusively for export from China is sufficient to maintain a registration to defend against a non-use cancellation action. Its interpretation was that Article 49(2) is designed to encourage use of a trademark. It would thus be unfair, and contravene China’s policy of encouraging foreign trade, to cancel a trademark registration when it is used to produce goods.

The Beijing High Court has the final word on appeals of TRAB decisions concerning either the registrability of a trademark or disputes over trademark rights between different entities. As a result, this judgment is an important precedent which will be significant in subsequent similar cases.

The use of a trademark on OEM products exclusively for export from China does not constitute infringement, as the OEM products are not sold on the Chinese market and the relevant public has no access to them; therefore, there is no likelihood of confusion

China has adopted the first-to-file principle, which means that in order to obtain trademark protection, an applicant must file for registration. If there is more than one applicant, the earliest filer wins the right to use the mark. However, of the millions of trademark applications filed with the CTMO each year, a large number are attempts to hijack the marks of others.

Article 32 of the amended Trademark Law prohibits filing an application in an unfair attempt to register a trademark that is being used by another party in the market in an attempt to obtain a certain influence. This ‘influence’ refers to market reputation acquired through use of a trademark in China, by means of selling and/or advertising.

In an appeal over an invalidation action against the mark ‘无印良品’, the plaintiff claimed that its prior trademark was highly distinctive, had been used in China and had acquired a certain reputation through use. The opposed trademark was identical to the plaintiff’s prior mark and was being used for the same or similar goods. The plaintiff claimed that, in accordance with Article 32, the opposed trademark should be rejected. However, its claim was not supported by the TRAB, the Beijing No 1 Intermediate Court or the Beijing High Court.

The Supreme Court ruled in its retrial that the function of a trademark is to distinguish the origin of specific goods, while the evidence which the opponent provided demonstrated that its prior mark was being used on OEM products exclusively destined for export from China. This meant that the goods were never sold or advertised in the domestic market, and it was thus impossible for the relevant public to have become familiar with the mark. Thus, the claimed market reputation as a result of prior use could not be established.

So although the use of a trademark on OEM products exclusively for export from China may suffice to maintain the validity of a registration against a non-use cancellation action, it will not suffice to claim for market reputation in an opposition or invalidation action.

From March to May 2000 Cidesport – owner of the NIKE mark in Spain – Zhejiang Animal By-products Import & Export Company and a local garment manufacturer cooperated to manufacture over 4,000 skiing jackets. Cidesport provided fabric, buttons, brand cards and garment bags bearing the NIKE mark, while Zhejiang imported the raw materials and then exported the finished garments to Spain. In a trademark infringement suit, sports giant Nike filed suit against the three parties as co-defendants.

The Shenzhen Intermediate Court held that the acts of the three parties, for which no permission had been obtained from the plaintiff, constituted contributory infringement. The trademark rights of Nike International, Ltd – owner of the NIKE mark in China – should be protected under Chinese law. The court ordered the three defendants to immediately cease the infringement and destroy the infringing brand cards and infringing objects, pay damages to the plaintiff and bear the legal costs. The Guangdong High Court upheld this decision.

However, in another case the court delivered the opposite verdict. In an infringement dispute over the mark JOLIDA & DEVICE, the plaintiff owned the mark, which was registered for goods including amplifiers in Class 9 and recorded with Customs. The defendant was an OEM and manufactured amplifiers bearing the JOLIDA mark under a purchase contract with a US company, which owned the trademark rights in the United States. In July 2008 JOLIDA-branded goods were detained by Shanghai Customs on suspicion of being counterfeit. The plaintiff then filed a trademark infringement suit with the Shanghai No 1 Intermediate Court.

The court ruled that no infringement could be established, as the goods had not been distributed in the market and thus there was no likelihood of confusion being caused to consumers in China. Meanwhile, the OEM products had been manufactured under a purchase contract, under which the purchaser had a trademark registration in the targeted market, and all goods were manufactured exclusively for export from China.

The Shanghai High Court upheld the intermediate court’s decision. The Supreme Court later confirmed in its reply to the General Administration of Customs that the use of a trademark on OEM products exclusively for export from China does not constitute infringement, as the OEM products are not sold on the Chinese market and the relevant public has no access to them; therefore, there is no likelihood of confusion.

There have been various debates over the issue of whether use of a trademark on OEM products exclusively for export from China can constitute infringement. Some argue that using an identical or similar trademark on the same or similar goods infringes third-party trademark rights under Article 57 of the amended Trademark Law. However, others hold that since domestic consumers have no access to OEM products that are manufactured for export, such acts cannot constitute trademark infringement, as there is no likelihood of confusion in the domestic market.

Sadly, the amended Trademark Law – which came into effect on May 1 2014 – provides no clarification on this issue. Although it is the mainstream opinion that use of a trademark on OEM products destined for export from China does not constitute infringement, the question is still open for debate.

The revised Trademark Law also introduces some new rules against bad-faith applications, revealing the legislature’s determination to improve the environment for domestic and foreign enterprises entering the market. These include the possibility that use of a trademark on OEM products destined exclusively for export could suffice, under special circumstances, to claim a reputation among a specific sector of the relevant public, in order to prevail in an opposition or invalidation action against a bad-faith application or registration.

So far, no significant disputes concerning OEM products have been heard by the courts since the Trademark Law was amended. It will be interesting to see how the relevant legal issues are dealt with under the new regime. 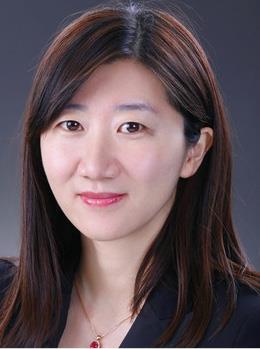