As a rising fashion brand in the Chinese marketplace, Tommy Hilfiger is being challenged by an increasing number of copycats. Here, infringers usually register a mark that bears some resemblance to Hilfiger’s word and/or device marks and alter it by highlighting ‘Tommy’ and/or adding colour.

In the case at hand, a local Chinese company acquired the registered trademark shown below from a third entity.

The mark was registered in respect of “girdles (clothes)”, for which Tommy Hilfiger does not have an earlier trademark registration. Hilfiger’s flag logo is shown below. 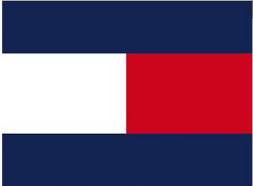 The Chinese company had been using a colour version of the mark, which imitated Hilfiger’s logo. Hilfiger initiated an invalidation action against the mark and successfully invalidated it on the grounds of prior use and the similarities between its mark and the designated goods of the disputed mark.

Although the two marks can be distinguished from one another, if the black and white mark is coloured in exactly the way as Tommy Hilfiger’s logo, the degree of similarity sharply increases (see Figures 3 and 4). 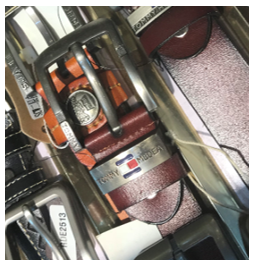 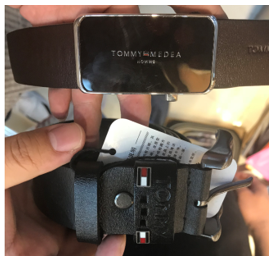 The holder of the disputed mark registered the goods under “girdles (clothes)”, which is categorised in a different subclass from that of Hilfiger’s designated goods “apparel”, to reduce the possibility that the goods would be found similar to Hilfiger’s. Evidence was provided for:

Although the China National IP Administration (CNIPA) dismissed the invalidation, both the Beijing IP Court and Beijing High Court overturned its decision and ruled in favour of Hilfiger, citing Articles 30 and 32 of the Trademark Law. The court decision found that:

The court of appeal handed down its decision on 30 March 2020.

On 17 June 2020 CNIPA promulgated the Criteria for Determination of Trademark Infringement, Article 24.1 of which provides that:

There is no way to know for sure whether the CNIPA takes note from this particular case, but Hilfiger could definitely fall back on Article 24.1 to enforce its iconic flag logo in future trademark infringement cases, which is welcome news for many brand owners.