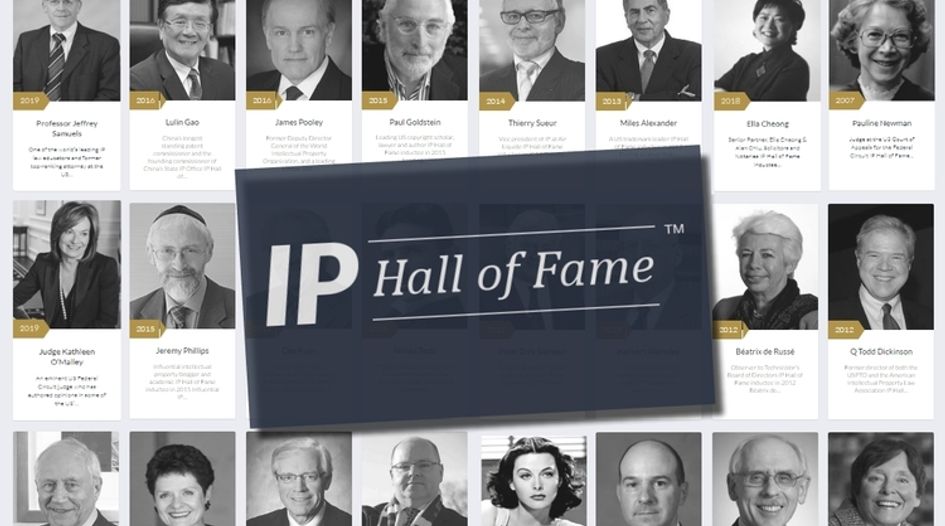 IAM’s annual search for outstanding individuals to induct into the IP Hall of Fame coming to an end shortly. So, if you know somebody who deserves to be honoured for their contribution to the IP world, please nominate them by clicking here by 7 April.

Since 2006, the IP Hall of Fame has celebrated individuals – living or dead – who have had a major and positive impact on the IP landscape, whether as a corporate executive, dealmaker, lawyer, academic, policy maker, administrator or in any other capacity. A list of the luminaries who have already been included can be found here.

Once the nominations process comes to an end on 7 April, all valid nominations will be sent (anonymously) to the IP Hall of Fame Academy, whose members – composed of past inductees and celebrated IP thought-leaders – will vote on which of the nominees to induct this year.

An additional place in the IP Hall of Fame will go to the recipient of the 2022 Q. Todd Dickinson Editor’s Award, which honours one individual each year who has made an outstanding contribution to IP’s development as a business asset. The recipient of this award will also be chosen by the IP Hall of Fame Academy, from a shortlist determined by the IAM editorial team.

This year’s inductees will be announced in late-April and will be honoured at IPBC Global, Chicago, in June.