In the fight against the coronavirus outbreak, life sciences companies need certainty in 101 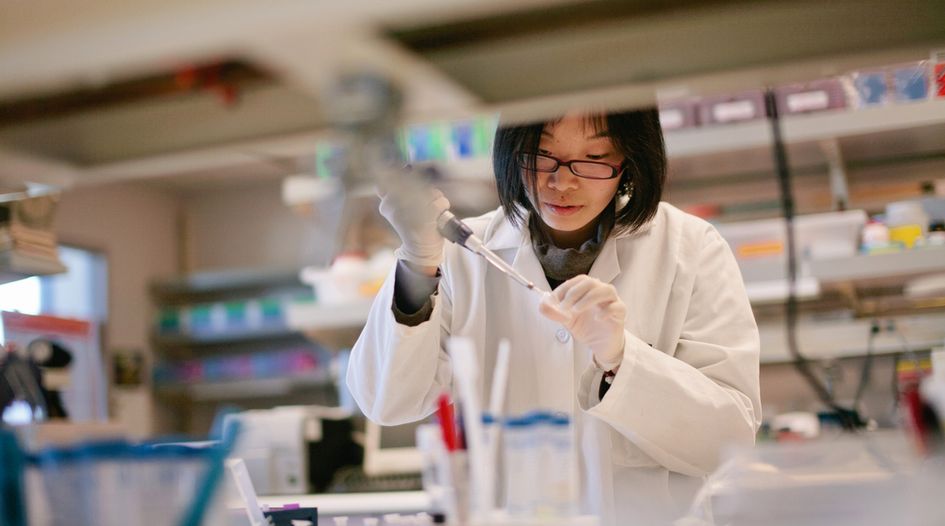 Companies, research institutions and governments are mobilising in an unprecedented manner to fight the growing pandemic. But as IP and healthcare innovation policy consultant James Edwards explains any wave of new technology in the US faces an all-too-familiar problem.

The novel coronavirus that originated in Wuhan, China, has now swept the globe. Its rapid spread, which has reached pandemic levels, has sparked a worldwide effort  of medical research and development to address this contagion. COVID-19 has not only affected our daily lives and health, but has disrupted commerce, trade, financial markets, industry and more.  Staying home is in; large gatherings are out.

In the R&D battle to beat COVID-19, established and early-stage pharmaceutical and biotechnology companies have joined universities and government agencies such as the National Institutes of Health and the Biomedical Advanced Research and Development Authority. They are working on diagnostic tests, therapeutics and vaccines. They are developing new antiviral medicines and immunotherapies. They are testing whether diagnostics and therapeutics originally invented for other viruses might be safe and efficacious for this coronavirus.

Drug innovators are making progress at remarkable speed. COVID-19 emerged in December 2019 and within about one month, scientists had genetically sequenced the virus. While at best a drug or vaccine is expected to reach the market in 12 to 18 months, having many companies working on it increases the prospects of earlier success. Clinicaltrials.gov shows about 80 clinical trials underway for tests, treatments and vaccines for various coronaviruses.

The US Food & Drug Administration (FDA) has issued new guidance allowing clinical labs and commercial manufacturers the emergency use of new lab-developed, in vitro diagnostic tests for COVID-19.  This move should help to counter the virus’s rapid spread by speeding up access to reliable testing across the United States. Labs and drugmakers are working on molecular, antigen detection and serological diagnostics, some under FDA emergency use terms and others under state authorisation.

This can-do, hands-on public health effort is certainly inspiring. But there’s some unfinished business that could stall this work. To wit: What if the state of affairs regarding patent-eligible subject matter disrupts the progress toward coronavirus tests, treatments and vaccines?

Diagnostics are critical pieces of the puzzle in medical care, exponentially so in countering pandemics and other public health emergencies.  And unfortunately, cutting-edge diagnostics currently face steep challenges for US patentability.

A witness from the Cleveland Clinic told the Senate Judiciary IP subcommittee last year at a section 101 reform hearing about the plight of, “a test [the clinic’s researchers] developed that measures a patient’s risk for cardiovascular disease by analysing the inflammation of the blood vessels".

He added that: "The test was called Myeloperoxidase or ‘MPO’ testing.  MPO is an enzyme released by white blood cells when inflammation occurs and is involved in the immune response [to] bacteria in the blood stream. When tested using the methods discovered by Cleveland Clinic, the presence of certain levels of MPO is an indicator of cardiovascular disease.”

The initial patent was applied for in 2001, issued in 2007, and withstood two pre-America Invents Act validity reexaminations at the US Patent & Trademark Office.  In 2015, the clinic’s spinoff commercialising the MPO test sued True Health Diagnostics in federal court for infringing its three patents. That’s where the Cleveland Clinic’s MPO test patents were invalidated, with the district court citing the Supreme Court’s well-known Mayo and Alice decisions. As a result, the Cleveland Clinic has abandoned diagnostic method research.

According to the Senate testimony, the clinic’s spinoff, Cleveland HeartLab, “performs lab analysis of patients’ blood samples, and also can manufacture MPO testing kits for sale to other labs.” This sounds eerily like the kind of work the FDA is attempting to promote pertaining to coronavirus diagnostics. Both involve isolating genes, antibodies, etc. from naturally occurring substances in the human body. And yet, under the current judicially fabricated exceptions of the Mayo-Alice framework, such human intervention of isolating genes or cells of COVID-19 might be regarded as not satisfying the patentability threshold question of section 101.

This comes at a time when efforts to pass 101 reform remain in limbo on Capitol Hill. The best efforts of Senators Thom Tillis and Chris Coons to arrive at a stakeholder-informed, consensus solution have made progress, but haven’t reached the goal line. A 101 reform initiative led by former Chief Judge of the Court of Appeals for the Federal Circuit Paul Michel and former PTO Director David Kappos continues but is meeting points of contention among participants.

Some stakeholders have urged the lawmakers to pivot to an iterative approach, moving ahead with 101 remediation and narrowly restoring the status quo ante regarding the patentable subject matter question. Other special interests who have less attachment to patents still have their heels dug in, demanding changes in sections 100 and 112 that would inject new uncertainty in US patent law. Meanwhile PTO Director Andrei Iancu has sought to make sense of the 101 mishmash the courts have caused through revised patent subject matter eligibility guidance issued last year.

But as the Cleveland Clinic’s Senate witness pointed out in his testimony: “The Federal Circuit has outright questioned the weight of policy issued by the USPTO. Its decision would seem to undermine the very notion that guidance issued by the USPTO has any legal weight. Under that direction, it remains unclear in the innovation community what protections a patent actually provides in the life sciences space” (emphasis added). The degree of uncertainty over patentability and unreliable patents extends much further, including up and down the US judiciary and the PTO’s postgrant administrative venues to investors weighing where to put their money and entrepreneurs considering going all in on a startup around commercialising IP.

The COVID-19 R&D surge seeking the rapid discovery and commercialisation of diagnostics, therapeutics, vaccines and cures for the present threat will lay the groundwork for a remarkable range of scientific knowledge and potential commercial and clinical applications. The extent to which these promising prospects turn into new products, new businesses and new jobs depends in significant part on restored certainty and breadth of the patentable subject matter as European and Asian nations have.

The consequences are far-reaching - not limited to solving the immediate public health emergency. Restoring certainty to what’s patentable in the United States, which essentially involves restoring meaning to the breadth of section 101’s statutory language, will be the cornerstone for assuring innovation in every art and every emerging technology. And the consequences have global impact, including defeating the present pandemic.