The key to success in patent litigation

Under Chinese law, a lawsuit based on an infringement of IP rights must be filed at the court where the defendant is domiciled or where the infringement took place. With regard to the latter, different courts will have jurisdiction depending on the type of infringing act (eg, whether the infringement involved the manufacture, use, sale, offer for sale or import of infringing goods). When selecting a court, the defendant’s background, as well as the judges’ experience and expertise, must be examined carefully. In addition, defendants are advised to research whether similar cases have been heard by the target court and the court of appeal, the local judicial policy and even the travel costs involved in order to maximise their chances of success.

Considering the professional requirements of patent litigation, it is recommended that courts in more economically developed and industrialised areas be targeted, as these are more likely to have heard a larger number of patent cases, which contributes to the judges’ experience in resolving patent litigation.

In addition, judges from different courts may have different views or positions on investigating infringements. China is a civil law country and unified laws, rules and guidelines apply and must be followed. However, in practice, each court has its own way of begining deliberations in a case. For example, judges may interpret the scope of a given claim broadly or narrowly – in the case of the former, a favourable ruling is more likely to be awarded to the claimant and vice versa. A further example is that the Beijing courts are reluctant to grant preliminary injunctions in patent infringement litigation.

Additionally, the impact of local protectionism should not be underestimated. Some infringers may obtain favourable judgments from their local courts as a result of the amount they contribute to the local economy. A claimant can choose that its case be heard by a court away from the defendant’s domicile (eg, at a place where the infringing products have been sold or used), in order to avoid the influence of external factors.

Selecting the right defendant to sue

From a legal perspective, each infringer can be sued as a defendant. However, the plaintiff should take care to choose the right defendant to file suit against in order to secure a win and obtain damages. The plaintiff may choose either a single or a major infringer, or a group of infringers to be charged as co-defendants. For co-defendants, attention must be paid with regard to how to determine a primary defendant and claim joint and several liability.

With regard to group infringers (eg, enterprises in the same industry), it is suggested that not all infringers be sued at the same time. Suing infringers simultaneously is likely to attract more attention and result in a more influential judgment. However, this in turn makes it more likely that the infringers might plot a joint response, undermining the claimant. More importantly, if those infringers join together, the risk of losing an action could damage the whole industry and even trigger intervention from trade associations. To this end, claimants should be prudent when filing a co-defendant lawsuit and take care when targeting a defendant. For example, a claimant might first file a suit for which it has a comprehensive evidence chain or enjoys other advantages. It can then file further actions once it has obtained a favourable result – the resulting psychological advantage may subtly influence subsequent rulings.

Suing infringers simultaneously is likely to attract more attention and result in a more influential judgment. However, this in turn makes it more likely that the infringers might plot a joint response, undermining the claimant

Selecting a good patent to litigate

Generally, a claimant will own multiple patents in connection with a certain technology, which are distinguishable regarding the type of patent, the purposes of protection and challenges with regard to evidence collection. Claimants should take such differences into consideration when choosing an appropriate or good patent on which to base the litigation. In most cases, judges hearing patent-related cases have little or no technical expertise. Even though some of them are technically knowledgeable, they may not excel in the technical field of the patent at issue. For that reason, the rights holder is advised to focus on a patent with a simple and easily understood technical solution wherever possible. For instance, with invention and utility model patents, it is necessary to comprehend the patent and interpret the claims in order to determine the scope of protection. Compared with these, design patents are much easier for judges to evaluate – they merely have to compare the infringing products to the patent, because the protected object is very clearly claimed, in particular through a brief description. A typical example is Apple Inc v Samsung Electronics Co, Ltd. Some of the patents utilised by Apple to fight against Samsung were design patents, which also helped Apple to identify a path for commercially cracking down on its opponent by using patent litigation.

Getting the timing right

The limitation period for suing for patent infringement in China is two years from the date on which the rights holder or other interested party knew or should have known about the patent infringement, according to related laws. For infringement, if this period exceeds two years from when the claimant became aware of it, the claimant can still seek compensation for the infringement for the last two years. In other words, it is unnecessary for a rights holder to file suit immediately upon discovering that one of its patents is being infringed.

In some instances infringing products do not actually damage the rights holder’s market. If this is the case, the rights holder is advised to fully equip itself prior to litigation rather than filing suit in haste. Swift patent litigation is a must for a rights holder or other interested party only if its patented products dominate the market, or if the product is transient and could expire or be replaced.

Most attention tends to focus on compensation for damages. Under the law, this will be decided with reference to the following steps:

These four options cannot be chosen by the claimant or overlap, but must be applied step by step. Evidence is required for the first three steps, although in practice this can be challenging. Therefore, to date, the damages in over 90% of patent infringement cases have been decided based on statutory damages. Even so, it is advisable that claimants dedicate more time and resources to investigating and securing evidence in order to secure a good amount of damages. In addition to appraisal of the disputed patent per se, other factors – from the duration of the patent right and the degree of the infringer’s subjective fault to the time and scope of the infringement – will also be taken into account by the court.

In addition, claimants are advised to limit themselves to claiming reasonable compensation in the proceedings. Outrageous compensation claims will not only result in high court costs, but also put much more pressure on the court and could trigger a fierce counterattack from the defendant. It is much easier for a court to support a reasonable claim for damages.

Patent litigation mainly aims to crack down on infringement, which may be realised not only by legal action, but also by administrative proceedings. Local IP administrative authorities are entitled to investigate and punish infringers, and even to decide on damages.

Compared with legal proceedings, administrative actions are simpler, more cost effective and more time efficient, which makes them worth considering. They can be particularly useful when it comes to petty patents which normally have a very short market life, making an expensive court battle a bad investment. Moreover, the local IP watchdog is likely to be more familiar with the manufacturers within its jurisdiction due to work-related engagement than a judge would be, and is thus more likely to be able to deter infringers through mediation. With regard to filing suit against original equipment manufacturers, there is a danger that this might necessitate the involvement of end users – which would not be a good result for the claimant.

While legal actions face challenges with regard to the collection of evidence, as well as the determination of cases, administrative proceedings can make it easier for claimants to strike a significant blow against infringers. The local IP authorities are entitled to investigate immediately upon being requested to do so by the claimants. Further, professionals appointed by the authorities will determine whether the patent at issue has been infringed, further facilitating an immediate mediation or final decision.

To this end, legal action is by no means the only way to protect IP rights. Claimants are advised to consider all options carefully before choosing a path. 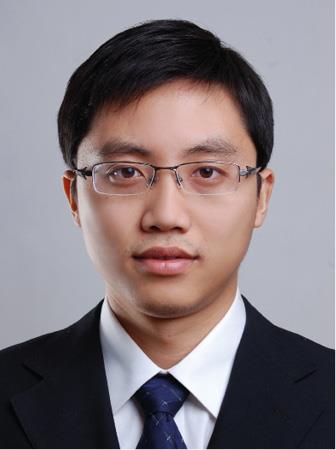 Alex Bo Wang is a partner of Panawell & Partners. He received his bachelor’s degree in civil engineering from Huazhong University of Science and Technology and master’s from the China University of Political Science and Law.

Before practising as a patent attorney, Mr Wang worked in the State Intellectual Property Officer as a patent examiner. He also served in the Patent Re-examination Board (PRB) for three years where he was responsible for re-examination and invalidation cases. In 2011 he joined Panawell & Partners, handling cases in the fields of mechanical and electrical engineering. Mr Wang has extensive and significant experience in drafting patent applications, responding to office actions, handling re-examination and invalidation proceedings. He is fluent in Chinese and English.