The interplay between patents and anti-competitive practices

The interplay between IP rights – particularly patent rights – and the monitoring of anti-competitive practices under competition law is quite a recent development in India, and jurisprudence is still sketchy. It is imperative to understand the processes and practices that appear to push the envelope, from the legitimate exercise of exclusivity to unlawful anti-competitive practices. However, it is difficult to identify the exact point at which a process or practice is deemed to be anti-competitive.

In the business of intellectual asset management, the primary focus is optimally to leverage an IP portfolio through the exclusivity afforded by IP legislation, particularly patent law. This appears to contradict directly the concept of a free market economy, since IP rights – especially the patent regime – provide a period of exclusivity to exercise state-granted rights in the patent in return for full disclosure of the invention to the public while the patent application is still pending.

The interplay between IP rights – particularly patent rights – and the monitoring of anti-competitive practices under competition law is quite a recent development in India, and jurisprudence is still sketchy. The 1990s ushered in major changes. Economic reforms were introduced in 1991 and India became a signatory to the Agreement on Trade-Related Aspects of IP Rights; patent law became compliant with the agreement in 1995. The former opened up the market to competition, while the latter resulted in a vibrant patent environment. For Indian consumers, the economic reforms ensured that some sectors – including automobiles, telecoms, aviation and consumer electronics – were opened up for active participation and investment, thus setting the stage for interplay between free and fair competition and the exclusivity afforded by patents and other IP rights.

The Patents Act 1970 (amended multiple times) enshrines the exclusive rights of the patent holder in Section 48; subject to certain conditions and exceptions, with one such exception being research on the patented invention even when the patent is in force. Thus, while the commercialisation of a patented invention is legitimised in Section 48, the processes and practices adopted by the patent holder or the licensees in the commercialisation raise questions regarding fair play and anti-competitive practices.

The Competition Act 2002 provides mechanisms to check anti-competitive practices, prohibit the abuse of dominance and regulate combinations. The act established the Competition Commission of India (CCI), a quasi-judicial body, to:

However, Section 3(5) of the Competition Act clearly states that prohibitions and restrictions pertaining to anti-competitive agreements do not apply to IP rights.

Fortunately, the Patents Act anticipates the clash between exclusivity and free markets, and provides a fair idea of processes that would be perceived as restrictive conditions in a voluntary contract for sale, lease, manufacture or use of a patented article, or the working of any patented process, and therefore anti-competitive. Section 140 of the act states that restrictive conditions in agreements are void ab initio. The conditions enumerated in Section 140(1) are as follows:

(d) to provide exclusive grant back, prevention to challenges to validity of Patent & Coercive package licensing… and any such condition shall be void.

Thus, restrictive conditions imposed by the patent holder by tie-ins, restrictive use of the patented products or processes, exclusive grant-backs, coercive package licensing or prevention to challenges of the patent’s validity by the licensor are deemed to be restrictive. In the interpretation of a contract, such conditions are void ab initio, regardless of whether the clauses are part of the licence agreement or “entered into separately, whether before or after the contract relating to the sale, lease or licence of the patented article or process” (Section 140(2)). Indeed, Section 140(3) establishes such agreements as grounds for defence in an infringement suit. However, the right of the patent holder to supply “such new parts of the patented article as may be required or to put or keep it in repair” is upheld in Section 140(4)(c) as an exception to Section 140(1).

The Patents Act clauses for use in voluntary licences have rarely been successfully invoked in litigation, although much has been written on the law’s compulsory licence provisions. In the case of the Competition Act 2002, the jurisprudence has yet to develop, likely due to the Competition Act being enforced in a phased manner. In fact, Sections 3 and 4 relating to anti-competitive agreements and abuse of dominance, respectively, along with the CCI’s enforcement powers, were notified by the government in May 2009.

Since that time there have been around a dozen cases before the CCI involving IP rights and abuse of a dominant position (under Section 4 of the Competition Act) in areas as diverse as IP rights in agri-biotechnology, standard-essential patents for telecoms and industrial designs in earth movers.

On February 18 2016 the CCI ordered the amalgamation of three cases filed by All India Kisan Sabha, the Department of Agriculture and Cooperation of the State of Telangana and the National Seed Association of India (Cases 3/2016, 1/2016 and 10/2016) under Sections 3 and 4 of the Competition Act against Mahyco Monsanto Biotech (India) Limited and Monsanto Company USA for coercive licensing terms for Bacillus thuringiensis (Bt) technology. The CCI held that a prima facie case had been established and ordered the director general to investigate. This followed the 2015 order on the same technology by two other seed companies (Cases 2/2015 and 107/2015). More recently, on June 9 2016, the CCI amalgamated three more cases filed by three more seed companies on Bt technology.

In a registered industrial design matter, which had involved the serving of an ex parte interim injunction at an international exhibition, leading to considerable monetary losses (Infringement Suit CS(OS) 2934/2011, Delhi High Court), M/s Bull Machines Pvt Ltd brought before the CCI a case against M/s JCB India Ltd and M/s JC Bamford Excavators Ltd (JCB) alleging, among other things, contravention of Section 4 of the act (Case 105/2013). The CCI found a prima facie case and held that by abusing its dominant position in the relevant market, JCB sought to stifle competition by denying market access and foreclosing the entry of Bull Smart, in contravention of Section 4 of the act. The CCI has ordered the director general to investigate the matter.

The Ericsson litigation involving eight standard-essential patents in India has been the basis of discussions for fair, reasonable and non-discriminatory (FRAND) policy among Indian policy makers. The patents relate to adaptive multi-rate (AMR), 3G and Edge technology, devices and apparatus (Indian Patents IN203034, IN203036, IN234157, IN203686, IN213723 (AMR patents), IN229632, IN240471 (3G patents) and IN241747 (Edge patent)). Ericsson filed infringement suits against various alleged infringers – including Xiaomi Technology, Lava International Ltd, Mercury Electronics and Micromax – and later a writ petition against the CCI’s order.

In 2011 Ericsson issued a letter to M/s Best IT World (India) Private Limited (iBall) claiming infringement of standard-essential patents, along with an offer to discuss a FRAND agreement. iBall brought the matter before the CCI on the grounds of abuse of a dominant market position by Ericsson under Section 4 of the Competition Act. The grounds included:

In March 2013 Ericsson filed an infringement suit against Micromax for its standard-essential patents after it refused to agree FRAND terms (Case CS(OS) 442/2013). The court passed an ad interim order directing Customs to inform Ericsson as and when consignments of mobile phones were imported by Micromax and to deal with any objections under the IP Rights (Imported Goods) Enforcement Rules 2007. A single judge later passed interim directions to Micromax to pay an interim royalty during the pendency of the suit. The infringement suit is still pending final adjudication. In November 2015 Micromax filed a complaint with the CCI claiming abuse of market dominance on grounds similar to those cited by iBall.

Similarly, in 2013 Intex filed a case with the CCI reporting an abuse of dominance by Ericsson during negotiations regarding a standard-essential patent licensing agreement. The CCI found Ericsson prima facie guilty of abuse of its dominant position in Ericsson v Micromax (November 2013), Ericsson v Intex (January 2014) and Ericsson v iBall (September 2015).

In response, Ericsson filed writ petitions in the Delhi High Court against the CCI’s orders for investigation on various grounds, including a claim that royalties under the patent licences were outside the scope of the Competition Act since:

In May 2015 the court issued interim orders allowing the CCI director general to conduct an investigation, but restraining the CCI from passing final orders in the three cases. The final orders were passed in a March 30 2016 judgment, in which the court dismissed all writ petitions and applications pertaining to the role of the CCI with the following observations:

Noting these developments, on March 1 2016 the Department of Industrial Policy and Promotion – the top-level government agency for IP rights matters – published a discussion paper on standard-essential patents and FRAND terms and invited public comments. The paper can be accessed at http://dipp.nic.in/English/Discuss_paper/standardEssentialPaper_01March2016.pdf.

It is imperative to understand the processes and practices that appear to push the envelope, from the legitimate exercise of exclusivity to unlawful anti-competitive practices. However, it is difficult to identify the exact point at which a process or practice is deemed to be anti-competitive.

The CCI has set out the way forward on its website by stating that competition is the best means of ensuring access to the broadest range of goods and services at the most competitive prices, and that with increased competition, producers have a major incentive to innovate and specialise, resulting in reduced costs and wider consumer choice.

Fair competition in the market is essential and governments, courts and consumers must work together to establish policies and guidelines that provide a level playing field for producers and encourage the markets to support consumer welfare. 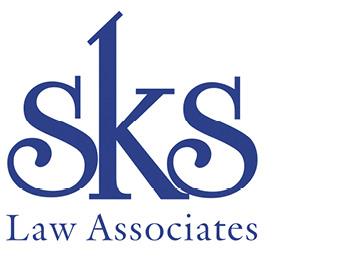 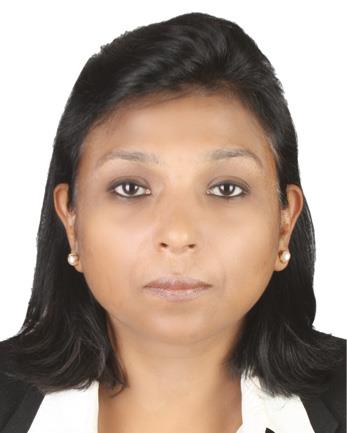 Sunita K Sreedharan founded SKS Law Associates in 2007. She is an alumnus of the School of Legal Studies, CUSAT, Cochin (LLB), the George Washington University Law School (LLM), the University of Allahabad (MSc in cytogenetics)), IGNOU (MBA) and the National Computing Centre, University of Manchester (Diploma in Computer Studies).

She leads a team of lawyers and patent attorneys in advising clients on the creation, consolidation and protection of their IP portfolios, with a focus on patents and trade secrets in all areas of technology.

Ms Sreedharan has advised the Plant Variety Authority, the Indian Council for Agricultural Research and the World Health Organisation. She drafted the National Health Law for Bhutan and authored An Introduction to Intellectual Asset Management.