The application and protection of utility model patents in China

The first Chinese Patent Law was implemented in 1985 and was designed to provide legal protection to three types of creation: inventions, utility models and designs. The utility model patent system is intended to provide protection for small inventions and creations and is supplementary to the invention patent system. Over the last 30 years, utility model patents have become widely used in China as they are inexpensive and can be granted quickly, yet have the same legal effects as invention patents.

Chinese utility model patents protect any technical solution relating to a product’s shape, structure or a combination of these which is fit for practical use. Accordingly, they are not suitable for protecting improvements to an existing method or a product’s use, material component or similar.

The examination process for applications has evolved from an initial formal examination plus opposition procedure to the current preliminary examination plus evaluation report. During the preliminary examination, examiners look for formal defects, as well as for obvious substantive defects (eg, subject matter to be protected, novelty and practical applicability). If, after preliminary examination, there are no obvious grounds for rejection, a utility model patent will be granted. After this, the patentee or other interested party (eg, the licensee of an exclusive patent licence contract or the licensee of a common patent licence contract which has an authorised right of action from the patentee) may request the State Intellectual Property Office (SIPO) to carry out an evaluation report for the utility model patent.

SIPO provides only one evaluation report per utility model patent. If the patentee or interested party has any objection to the report’s contents, it may submit a request for correction within two months of receipt.

Utility model patents last for 10 years and have the same legal effects as invention patents – that is, no entity or individual may exploit the patent (ie, make, use, offer to sell, sell or import the patented product for production or business purposes) without the patentee’s authorisation.

Applicants should consider the following aspects when deciding whether to apply for a utility model patent or an invention patent.

Target to be protected

As mentioned above, utility model patents merely protect the technical solution relating to a product’s shape, structure or a combination of these, where they have a practical purpose. Therefore, utility model patents are suitable for protecting structural improvements to an existing product, but not improvements to the method, flow, use or similar.

A utility model patent is granted after a preliminary examination. Generally speaking, a patent certificate may be obtained within between six and 12 months from the filing date. This makes utility model patents suitable for protecting products that are due to enter the market quickly.

However, if a project is in the R&D stage and progress is being kept secret from competitors, then an invention patent may be more useful, as applicants can take advantage of the 18-month gap between filing an application and publication.

In addition, the 2008 Patent Law allows applicants to file applications for both utility model and invention patents for the same invention-creation. This is useful for important patents, as it gives applicants the benefits of the utility model patent’s quick grant, alongside the stable rights and longer duration that characterise an invention patent – although applying for both types of patent will result in much higher application costs.

The utility model patent system plays an important role in promoting the development of small and medium-sized Chinese enterprises as the market begins to reform and open up. In order to encourage distribution and development, local governments throughout China have been pushing through preferential policies (eg, subsidies for patent applications and tax cuts) in order to encourage enterprises to apply for patents. While this has succeeded, it has also resulted in a lot of low-quality applications for utility model patents. Some enterprises and individuals have taken advantage of the fact that applications for utility model patents are not subject to substantive examination and filed several similar applications or filed prior art simply in order to secure subsidies. This flood of low-quality, poorly drafted applications has interfered with customs investigations and disrupted the normal market order.

Similar to an invention patent, a utility model patent defines the scope of protection through its claims. The legal effects of a utility model patent are the same as those of an invention patent. In accordance with the Patent Law, when calculating the amount of compensation for damages caused by the infringement of a patent right, this must first be assessed on the basis of the actual losses suffered by the rights holder as a result of the infringement. Where actual losses are difficult to determine, the amount is assessed on the basis of any profits earned by the infringer as a result of the infringement. Either way, the method for calculating the amount of compensation for damages is the same for both invention and utility model patents. The only slight difference is that where it is difficult to determine both the actual losses that the rights holder has suffered and the profits that the infringer has earned, the amount may be assessed by reference to the appropriate multiple of the licence fee for the patent in question. Where it is also difficult to determine the amount of the licence fee, the court may award damages of between Rmb10,000 and Rmb1 million, with the amount depending on factors such as the type of patent right and the nature and circumstances of the infringing act. In both cases, the amount of compensation for damages caused as a result of infringing a utility model patent is usually slightly less than those for an invention patent.

In order to standardise utility model patent rights, where a patentee sues others for infringing its rights, the court or other administrative body may request that it submit SIPO’s evaluation report for its patent. As mentioned earlier, this is issued by SIPO after it evaluates the utility model upon the patentee’s request. Generally, such a report will be sufficient to prevent the litigation process being terminated as a result of the accused infringer counterattacking with an invalidation claim.

However, an accused infringer may submit an invalidation request for the utility model patent at issue to the Patent Re-examination Board, claiming a prior art defence or a prior user right.

At present, foreign enterprises are not making full use of the Chinese utility model patent system. This may be because they are not sufficiently familiar with it. 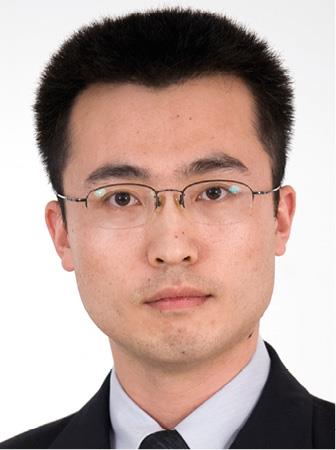 Simon Tian joined Kangxin in 2010 after four years working as a patent examiner at the State Intellectual Property Office (SIPO). During this time he worked on the quality control of patent examinations conducted by SIPO, as well as gaining extensive experience in patent prosecution and patent retrieving.