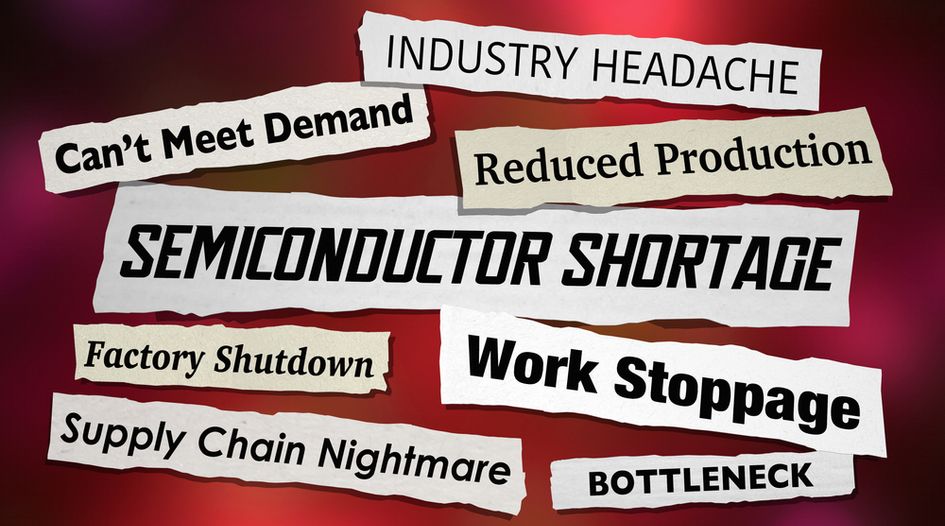 American corporations frequently justify moving key operations overseas out of a desire to lower costs and stay competitive. But these short-sighted moves not only often make the United States less competitive, but also weaken those companies themselves in the long-run. We are seeing that dynamic play out today with the global semiconductor shortage.

Semiconductor chips might be the most critical technology in the modern world. They are essential for nearly every kind of electronic product, helping to control everything from smartphones to televisions to consumer appliances. Advanced semiconductors are also needed for modern weapons systems and communications networks, making them essential from a national security perspective.

Despite this importance, US companies and international corporations have spent the past three decades outsourcing most of the production of these chips to one place: Taiwan. TSMC, Taiwan’s premier chipmaking company, now makes roughly 92% of the world’s most sophisticated semiconductors. The company also produces 60% of the world’s less sophisticated chips that are frequently used for automobiles.

Not surprisingly, putting all our eggs in one basket has not worked out well. As nations locked down and went online during the COVID-19 pandemic, demand for electronics spiked, creating a massive shortage of the semiconductors needed to help power them.

This semiconductor shortage has hurt a range of industries across the economic spectrum. According to The Washington Post, seventeen automobile factories in North America and Europe have needed to halt or reduce production this summer due a lack of chips. This shortage in new cars has led to record high prices for rental cars this summer, just as many Americans wanted to hit the road. Other electronics like refrigerators, microwaves and video game consoles also can’t be made fast enough to meet current demand due to these same supply constraints.

Unfortunately, this shortage and its ensuing economic fallout will be with us for some time. While companies are now showing a growing interest in building out their semiconductor manufacturing capabilities, the investments and time needed to build these facilities is measured in years.  Last month, Intel’s CEO said the worst is yet to come and that it may be another two years before supplies return to normal.

Beyond the economic impacts, making ourselves dependent on overseas countries poses terrible national security risks. In the midst of the pandemic, Chinese companies began hoarding semiconductor chips and the equipment needed to make them. While the Biden and Trump administrations have taken decisive actions to limit China’s ability to access the most sophisticated chips, the fact is that we never should have been in this position in the first place.

This shortage should be a lesson to all. The United States should be investing in people and infrastructure that allows us to build critical technologies in our own backyard.

Historically, the United States has taken steps to protect industries like shipbuilding that it deems essential to national defense. Yet, for decades, US policymakers have looked the other way as American companies outsourced the manufacturing of technology even more critical to protecting US interests.

Recovering from today’s semiconductor shortage requires more than building new factories. It requires companies to adopt a new mindset. American ingenuity and competitiveness are put at risk when companies reflexively move manufacturing and production overseas. We must begin to see that creating these facilities and workforces here at home is an essential investment, not a wasteful expense.