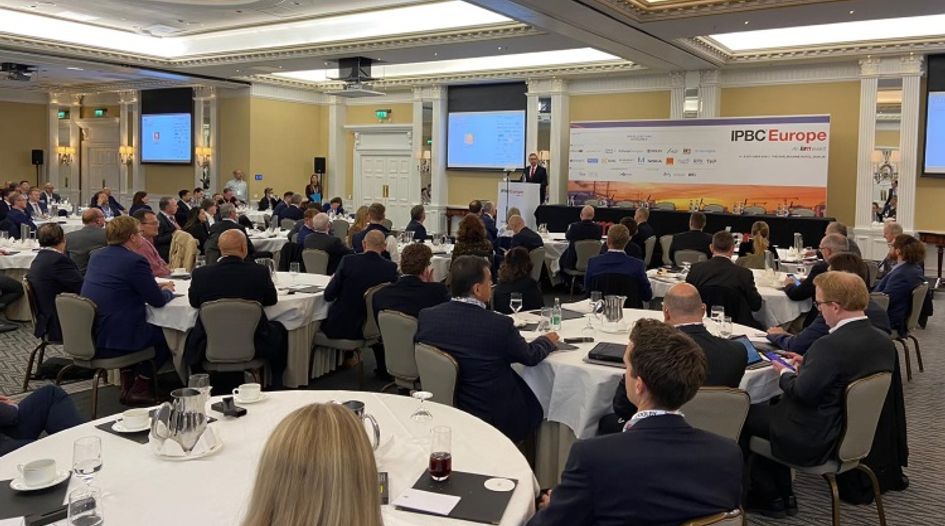 Patent value was a big theme at IPBC Europe in Dublin earlier this week, writes IAM editor-in-chief Joff Wild. For as long as it continues to be mired in opacity it will seriously hinder the development of an asset class

It was wonderful to be in Dublin earlier this week for IPBC Europe, IAM’s first live event for over 18 months. To catch-up with so many old friends and to get to meet a few new ones was a pleasure in itself, but the real joy was to be in front of people and talking face to face once more.

Despite their brilliance - and the way in which they helped keep our world going during the pandemic - Teams, Zoom and other video technologies aren’t the same as being in the same room as other human beings. You just don’t get the nuance, the throwaway comment that sparks a fresh line of debate, the facial reaction, the new person jumping in with an observation and so on.

Most important of all, while your video meeting is over after the allotted time, you can walk out of a conference room and carry on the conversation over coffee, a pint or dinner (or all three) somewhere else if you so wish. It’s that last bit which builds the relationships that lead to successful deal-making, dispute resolution, new partnerships and the like.

But it was not just human contact that made IPBC Dublin so successful, it was also the content. Moderators and panellists had clearly put in a lot of pre-event prep work and this made the sessions valuable sources of information and insight.

There was too much said to detail in a piece that does not run to thousands of words, but one key theme that ran through the two days was patent value – what it is and how you measure it.

One approach might be to look at how investors view patents when they are assessing decisions about whether to put money into companies.

Listening to Greg Chew, the founder and CEO of fintech start-up QPQ, a speaker in the “Unlocking the power of IP: winning tips for SMEs” session, you could only conclude that IP was of absolutely no importance to investors at all. They are focused solely on how their potential targets are going to build their client bases, Chew explained. They want to know where the next 1,000, 10,000 and 100,000 customers are coming from, not whether the tech enabling such acquisition is proprietary, licensed or even infringing.

By contrast, Jenny Blidefalk, who heads the IP function at Swedish batteries business Northvolt, observed in the same session that IP is always on the list of questions that investors put to her company. They have a sophisticated knowledge of the issues and want to get into the nitty gritty of strategy.

Chew and Blidefalk ended up agreeing that the contrasting attitudes probably boil down to the different sectors in which they operate. Chew’s world is dominated by software, Blidefalk’s by hardware. Patent protection is viewed very differently in each (whether they should be was not discussed so much). There was no-one from the life sciences sector speaking in the session, but it would no doubt have been a similar tale if there had been.

In other words, patent value – and perceptions of it – are all about context.

In the “Demonstrating the real ROI of patent portfolios” session, Elvir Causevic, co-founder and MD of Tech+IP Capital, talked about work he had done a few years ago around valuing the Yahoo! portfolio for the purposes of a potential sale.

He and his team had looked at different scenarios - including an outright, immediate sale; a break-up of the portfolio and sale in chunks; and a sale after the creation of a licensing business – and had come up with different prices based on these hypotheticals. An immediate straight sale would reap low hundreds of millions of dollars, they concluded, and the sale of a licensing business with proof of concept a higher price.

Causevic then talked of his horror when opening a copy of the Wall Street Journal while on a plane to read that his team had priced the Yahoo! portfolio at billions of dollars. Of course, they had done no such thing. Instead, one valuation, based on one very specific set of potential circumstances, had been taken entirely out of context and then extrapolated to create a sensational headline. It was a lesson learned, Causevic stated.

In the real world, most patents have little or no value and the specifics are crucial when assessing those that may do: who owns them, how they are deployed and so on. That is one way in which patents are very different to real estate as a form of property.

It doesn’t matter who owns an apartment overlooking Central Park or a mansion in Beverley Hills, for example, the huge amount either is worth is all about location. You can go online and get a very good idea of the value of a residence or office buiding with just one click of a button. Try doing that with patents!

The fact is that if you put the Qualcomm, Nokia or Ericsson portfolios in the hands of someone without any knowledge of the technology that they read on, or the multiple ways in which value can be extracted from them, then you have something that is worth far less than it would be if it were under the control of individuals who did understand the tech and the options.

Put another way, the IBM patent portfolio suddenly became a whole lot more valuable when Marshall Phelps took control of it in the early 1990s.

Can you have an asset class when so much is unpredictable and dependent on who manages the asset? Maybe you can, but only if there is a far greater level of transparency around patent ownership and strategy than there is now.

It is transparency that will provide the incentives and the means to create tools that enable quicker, more credible, more accessible and cheaper assessments of potential patent value. This is the pathway towards mainstream investor interest.

The problem is that quite a few people are doing very well with things as they are. They do not have any incentive to seek or to embrace change. The opacity, the complexity, the thumb in the air works to their advantage.

So, if change is to come it may have to be from the outside: from the European Commission, say, on this side of the Atlantic, or from the kind of legislation recently suggested by senators Leahy and Tillis over in the US.

Until that happens, this is a debate that is set to run and run. The next big opportunity there will be to do it face-to-face is IPBC Global, taking place in Seattle from 14 to 16 November.

Here’s hoping that the American ban on travel from Europe is lifted by then. If it is, you can tell me to my face why I am wrong – and then buy me a beer when I convince you I’m actually right!

We want to know your views on the world’s top patent offices in our annual benchmarking survey. It shouldn’t take more than 10 minutes to complete, so click here to take part. The survey’s findings will be revealed in the next IAM Special Report, to be published in Q4 2021