It’s a great time to be involved in IP finance 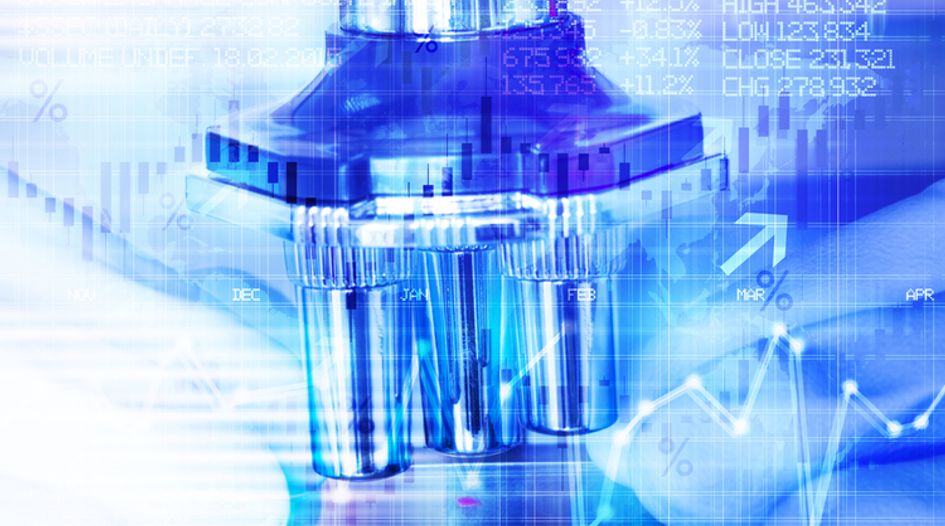 IP lending is a financing transaction in which a borrower receives funds secured on the value of their intellectual property.  Usually the IP pledged as collateral (re-registered in the name of the lender) are granted patents.  Due to the low density of patents in biotech/medtech (a direct, often 1:1 relationship exists between patents and revenues) royalty financing is in effect IP lending and there is a multi-billion-dollar market in such loans.

Biotechnology is a perfect sector for IP lending, because it is capital hungry and valuations/access to capital are event-driven.  A great drug trial (or a pandemic) may act as a catalyst for promising companies to raise funds easily.  A failed trial or an out of favour therapeutic area can destroy value overnight in a manner that is rarely seen in other sectors; and with that the ability to finance growth or repositioning is lost.  Often companies may have strong IP but for various reasons weak commercial traction, it is these companies that are most suitable for IP finance.

In most situations (outside of royalty financing), IP is not the sole collateral for the lender. This is for three main reasons, depending on the character of the lender:

IP loans against portfolios of patents in the absence of an equity cushion or other assets are rare at present.  Typically, these are only provided by a handful of expert private financiers, such as hedge funds or specialist lenders.  In these cases, the LTV, cost and covenants for the loan are driven by an analysis of patent quality and ideally evidence of infringement that would allow the lender in a default situation to litigate the patents against third parties or sell to the same to recoup their principal and interest.

Infringement-based valuation analysis works well for mature borrowers with older deployed technologies but not so well for growth companies breaking new ground.  Because of this the IP lending market bifurcates into IP litigation-based loans and venture funding-oriented loans.

Infringement-based financing is more common in technology than life sciences where, for FDA/EMA approved innovations, there is an active licensing and pre-launch ecosystem of funding.  Moreover, for mature companies with disappointing commercial traction the public markets offer a variety of options including rights issues and structured equity deals (like PIPES).

Notwithstanding this there are pockets of high value for litigation-oriented financiers, particularly where life sciences converge with technology.  In this context, interesting areas of growth exist in the application of AI to drug development. One example was the spin-out (and subsequent repurchase) of AIM listed e-therapeutics’ patent portfolio from a special purpose PAE called Searchbolt whose mission was to monetise value from licensing to technology companies using network analysis search functionality.

Venture-based financing focuses on emerging innovations and may be considered analogous to the venture lending market as it serves largely the same customer base and offers similar “mid/high-teens with warrants” pricing.

In this context, a study by the British Private Equity & Venture Capital Association showed that roughly $1bn of venture financing was executed in Europe during the 1999-2009 period with 538 deals done and average loan sizes between £1m and £3m. Lenders focused on companies that could either get to profitability quickly or on those with supportive VCs.

Biotech was a big slice of the pie although the number of deals was small, as biotech companies are typically looking for larger loans (circa £5 million) and this poses concentration risk for lenders.

Most of these deals benefited from VC sponsors and so were not pure-play IP finance.  Pure-play IP financing secured on future licensing revenue does exist, but often in the context of corporate venturing (with shared IP rights) and loan to own deals provided by specialist IP groups in a handful of hedge funds and specialist funds.

One of the most striking landmark IP loans in the biotech sector has been Fortress Investment Group’s $100 million loan to Theranos in December 2017.  The security for the loan was a portfolio of 726 granted, high-quality patents that post-bankruptcy appear to be proving to be a very valuable asset from a litigation and licensing perspective.

In the UK, meanwhile, the spectacular collapse of Neil Woodford’s Patient Capital appears to have delivered the 19 life science holdings that comprised the cream of British biotech into the hands of Acacia Research, perhaps the world’s most successful patent monetisation entity. It was a deal bankrolled by Starboard, one of the world’s most successful activist investors.

Beyond Woodford, the asynchronous time-lapse funding cycle of the biotech sector, the tsunami of state funding being unleashed by governments keen to stimulate healthcare innovation and an impending global recession are laying the foundations for a vintage decade in IP finance. Within this environment struggling biotech companies will seek to prop themselves up by monetising their patents and growing firms will attempt to fuel themselves by leveraging their intellectual capital to the greatest extent.