Increasing diversity in innovation – a call to action 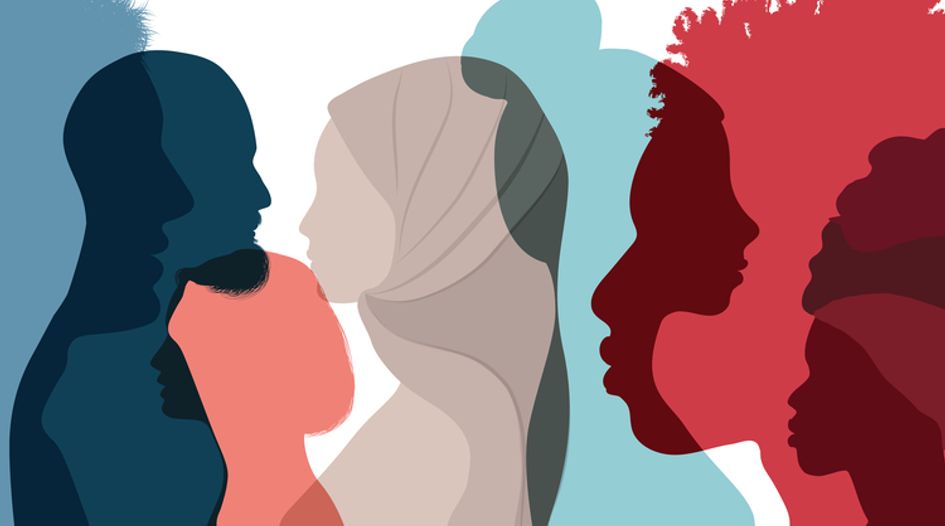 Embracing diversity in invention and patenting is key to the US maximising the potential of its innovation economy, write Suzanne Harrison and Allen Lo. To do it successfully, though, a lot more data is required

In the 1970s, the US accounted for roughly 70% of global R&D.  Today, it is tied with China at 25% each, while the rest of the world makes up the remaining 50%.  In a recent report, the  National Science Board found that “where once the US was the uncontested leader in science and engineering, we are now playing a less dominant role”.

So how can we compete with China and other emerging innovation nations, such as India, South Korea and Singapore?  By embracing and nurturing diversity and its impact on innovation teams.

According to a recent Forbes article:

Employee diversity takes multiple forms. There are the commonly considered inborn traits of age, gender, ethnicity, race and sexual orientation. Other types of diversity, however, which one acquires through experience, are also important. They can involve areas of study, industry background, career path, veteran status and foreign work experience whereby one learns to appreciate cultural differences. Managers and teams having a mix of inherent and acquired forms of diversity appear to be most productive of all.

There are a variety of studies that clearly show a link between diverse teams and the bottom-line:

When members of diverse teams see things in a variety of ways, they are poised to recognize new and different market opportunities, and they can better appreciate unmet market needs. Expanded market awareness produces results.

According to the USPTO Progress and Potential report, looking only at gender, innovation teams predominantly consist of white males.  The women inventor rate (WIR) - that is, the share of women among all US inventor-patentees - only grew from 12.1% in 2016 to 12.8% by 2019.  While it was an improvement, at this rate the US will not be able to effectively compete in the global innovation race.

Significant diversity efforts have been underway at most large corporations for the past five to 10 years, why haven’t things improved significantly?  This very question is at the heart of a new initiative between the US Intellectual Property Alliance (USIPA) and UC Berkeley to address How to Increase Diversity in Innovation.

As we have been out speaking with companies to understand the issues they are facing, successes and failures they have had, and thoughts on how to make meaningful change, here are a few things we have learned.

First, this topic is multi-faceted and complex.  When you use the word diversity, it encompasses both hiring and retention within organisations, and it is often impacted by decisions from HR, Legal, BU management, executives, and rank and file employees.  With that in mind, where people have had the most success is in defining their objective narrowly and focusing on what they can control.  For example, tackling diversity in inventorship, where Legal has control of the inventorship/protection process.

When Facebook began to explore its inventorship process, it found that focusing on inventorship provided their D&I group one of the few concrete measures of inclusivity for the company.

This can become a metric for potential hires to view and compare objectively across companies.  It also effectively forces a company to utilise the employee resources it already has and cuts off any discussion of lack of pipeline or pathway hires.

Second, there is little to no data transparency about inventor diversity.  Companies are hesitant to provide their numbers for fear of looking bad or receiving negative publicity. Interestingly, there is no company that has effectively solved this issue.  Just focusing on gender, the best company for women inventors, according to the USPTO, is P&G with a WIR rate of 29.3%.  We applaud this effort, but women make up 50% of the population so there is still room for improvement.

The bottom line is that no company has solved this issue yet, and we need to encourage and reward companies for being transparent and open about their diversity efforts.  If you can’t measure it, you can’t manage it is especially true in this instance.  Companies need to establish a baseline dataset and then work to improve from there.

The ugly truth is that many of these problems are not company specific or symptoms of bad management.  What we have learned from companies is that they are all experiencing the same issues, which means these are systemic and cultural issues.

Bias is difficult to spot, but possible to minimise.  One company created a name blind patenting exercise, where it eliminated any name or gender reference on all disclosures.  When disclosures were viewed blind, a significantly higher rate of women inventor disclosures were approved for patent applications. What this exercise shows is that even when people believe there is no bias in the system, it still exists.

At Facebook, we created and tested hypotheses about why our women inventors were not engaging in the patenting system; that women did not think their ideas were worthy of patenting or that they were afraid of the process itself.  In fact, when we queried women inventors, we found that the patenting process was something that happened in their off-hours and they were just too busy with other priorities (family, children, household duties) all of which was worsened by the covid pandemic. Their male counterparts were not affected in the same way.

So how can we affect meaningful change?

The good news is that we have created a set of best practices for companies to help them navigate this process.  We have also worked to ensure a set of tools to help them get their data.  And, finally, we are asking companies to commit to change by signing the Diversity Pledge.

We hope you will join us and become part of the solution.  We are unveiling all of this and more at the Increasing Diversity in Innovation virtual conference from 26th to 29th July.  Let’s stop talking and start actively fixing the problem.  Our National Competitiveness relies on it.

Author | Co-founder and principal at Percipience

CEO of The Gathering