The EU has the chance to seize global patent leadership 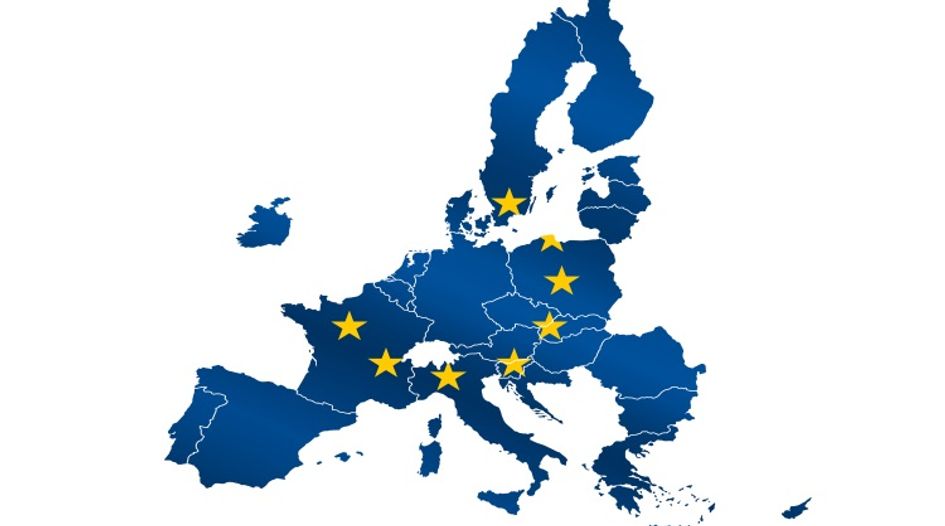 Working weeks do not get much bigger for patents in Europe than the one that has just finished.

Wednesday not only saw the publication of the European Commission’s long-awaited IP Action Plan, but also the decision by the Dusseldorf Regional Court to refer a series of SEP and FRAND-related questions to the Court of Justice of the European Union.

Then the next day, Germany’s Bundestag voted overwhelmingly to approve the country’s ratification of the Unified Patent Court agreement, so bringing a pan-EU litigation and unitary patent system, that many had considered dead, back to life.

Luckily, we all have the weekend to get our breaths back.

For SEP owners, the developments proved a mixed blessing. The release of the Action Plan would probably have been a cause for relief. The week before a leaked draft of the document strongly suggested imminent Commission intervention in auto-related licensing disputes, while talking of “regulatory reforms to further clarify the regulatory framework governing the declaration, licensing and enforcement of SEPs”. The published version, though, had a much less direct focus on auto, while there was no mention of regulation:

… Although currently the biggest disputes seem to occur in the automotive sector, they may extend further as SEPs licensing is relevant also in the health, energy, smart manufacturing, digital and electronics ecosystems.

In the short term, the Commission will facilitate industry-led initiatives to reduce frictions and litigations among players in specific sectors.

In parallel, building on the 2017 approach, the Commission will consider reforms to further clarify and improve the framework governing the declaration, licensing and enforcement of SEPs. The Commission will for instance explore the creation of an independent system of third-party essentiality checks in view of improving legal certainty and reducing litigation costs. The possible reforms will take into account the experience with the guidance provided in the 2017 SEPs Communication and discussions with relevant stakeholders.

While not ideal, this will be far more palatable to the SEP community than the previous prospect of imminent, heavy-handed Commission intervention. As things stand, patent owners are still in a position to build their own solutions. They know they are being watched; but the ball remains in their court, which is where they want it to be.

However, the decision of the Dusseldorf Regional Court to ask the CJEU to clarify a number of points around FRAND and the licensing of SEPs will be a cause of significant frustration. In sending a set of very detailed questions to the EU’s top court, the judges in Dusseldorf have not only delayed ongoing litigation between Nokia and Daimler, they have also put other SEP-related disputes and licensing negotiations at risk of being slowed down.

The CJEU is not known for its quick decision-making, so the timing of its response is likely to be measured in years rather than months. In the meantime, Daimler and others now have the perfect excuse to hold-out further on entering serious licensing negotiations around the use of patented 3G and 4G technology, despite putting the connectivity it underpins at the very heart of their offering to consumers. That is almost certainly going to have bottom line consequences for licensors.

That said, another way to see things is that at some point in the not too distant future, there will be a lot more clarity around FRAND, SEPs and where in the supply chain licensors are obliged to offer their patents. Depending on the answers the CJEU provides, patent owners will see their positions significantly strengthened or weakened.

So, what do those waiting on the justices’ answers believe will happen? If they think that they will come down on the side of IP owners, then now is the time to be doing deals, as the potential for concessions is likely to be greater. In other words, holding-out could end up being an expensive error – especially if the availability of injunctive relief for successful plaintiffs that the court’s original Huawei v ZTE decision specifically allowed is confirmed.

Like the Commission’s IP Plan, the Bundestag’s approval of German ratification of the Unified Patent Court Agreement will affect many more than SEP licensors and licensees. The vote in favour of accession was a comprehensive 571 to 73, which far surpassed the two-thirds majority threshold that had been required by the country’s Constitutional Court when it ruled the previous vote to ratify had not been lawful.

Now, subject to upper house and presidential sign-off, Germany can become a UPC member state - unless there is another constitutional challenge (something that cannot be ruled out). More work is required to get the UPC into shape, including finding a permanent home for the life sciences division of the court that was to be housed in London, but as things stand a single patent market in most of the territory of the EU starting some time in 2022 (Spain and Poland look likely to remain outside, at least for the moment) is a very distinct possibility.

Put all the above together and you also see something else: just how important Europe has become to the global patent market – and how much more important it could be in the future. With the US Supreme Court and legislators so far disinclined to focus on SEP licensing and FRAND, and the country generally still a tough place in which to assert patents, the door has been left wide open for the Europeans to take the lead.

Notwithstanding a growing focus on IP issues in China and elsewhere in Asia, the Huawei v ZTE case – and subsequent national court rulings – have meant the world has been left to respond to decisions made on this side of the Atlantic. In the same way, the answers the CJEU supplies to the questions it has received from Dusseldorf will have an impact way beyond the European Union.

What’s more, should the UPC finally come into being, even without the UK, we will have a new, one-stop jurisdiction in an economically advanced territory of hundreds of millions of people with relatively low litigation costs, the wide availability of injunctions and high-quality patents issued by the European Patent Office, generally considered to be the world’s pre-eminent patent agency. That is a very potent mixture and one likely to further cement European leadership.

Of course, nothing is guaranteed. The closer the UPC gets to becoming reality, the harder the lobbying will be from Big Tech, the auto industry and other players to limit judges’ ability to grant injunctions. Should they be as successful as they have been in the US, then the court will lose much of its potential bite – and plaintiff pulling power.

What’s more, the CJEU could also set back the prospects of SEP owners - and their willingness not only to invest in R&D, but also get involved in the standards process - if it is seen to favour implementers in its response to the Dusseldorf court. For its part, the Commission could still decide that it needs to insert itself into the middle of the licensing issues surrounding connectivity.

However, as of today – thanks to American inertia and the unique nature of the Chinese market – Europe has never had a better opportunity to seize global patent leadership. Should that happen, the potential benefits are huge.

The vast majority of people in Europe have not even begun to think through everything that patent leadership might deliver. There will be immediate gains for some; but over the medium to long term, there will be opportunities for the EU to lead the way in exploring and then setting standards for issues of major importance in a global knowledge economy that is underpinned by R&D, invention and innovation.

If the right decisions are made over the right timeframe, the EU could ensure that it sets the de facto rules that everyone else must follow. That is a truly significant prize.

Meanwhile, patent professionals in the UK, who a few years would have been at the heart of all that is now happening, can only watch and wait to see how things turn out. Isn't taking back control great?