The coronavirus has ended all hope of US patent eligibility reform 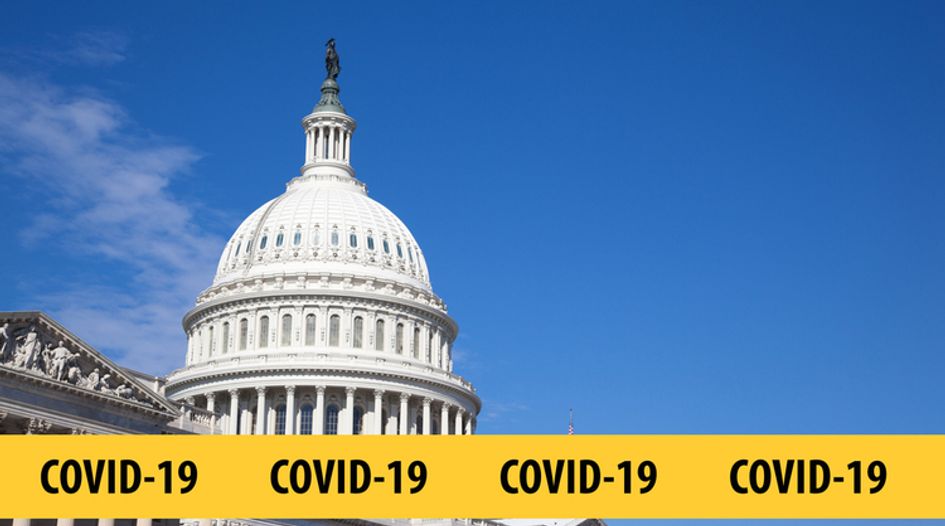 The Guardian is one of the world’s most popular news sites, attracting an estimated 42 million unique visitors a month. It is not a platform that struggles to find content, so having something published there is an achievement. People will employ expensive, highly-sophisticated PR operators to secure such slots.

That takes me to an opinion piece The Guardian ran last Wednesday entitled “Could a patent get between you and a Covid-19 test? Yes”. I do not know whether PRs were involved in moving that from pitch to publication, but I am pretty certain that if they were, they would have been beyond the paygrade of its authors, Chris Morten, a fellow of the NYU and Yale law schools, and EFF staff lawyer Alex Moss.

The piece is essentially a warning that current legislative attempts to reform the patent eligibility regime in the US - being spearheaded by senators Chris Coons and Thom Tillis, and supported by life sciences companies - could lead to a situation in which potentially vital treatments for covid-19 are in the hands of a single biopharma company; one that might use its monopoly to charge prohibitively high prices, so excluding millions from treatment. It argues that such scenarios have arisen before, so if you want to prevent them happening again, leaving eligibility alone is by far the best option.

Of course, what the article does not mention is that in the US, as elsewhere, there are compulsory licensing laws that could be used to prevent the behaviour it describes. Neither does it acknowledge the measures many life sciences companies have already taken to make their current and possible future covid-19 IP more freely available. Nor does it make clear that efforts to reform the patent eligibility regime in the US long pre-date the coronavirus crisis and involve many more than those in pharma and biotech. What’s more, it doesn’t explain that these efforts are opposed by many big technology companies – the kind that have the big-ticket PR contacts able to place pieces in outlets like The Guardian.

Now, I may be being overly cynical here. It could just be that Morten and Moss have their own contacts at the newspaper and that’s how they got the space to make their arguments. However, having watched 10 years of highly sophisticated narrative-creating PR from Big Tech around the issue of patent trolls, my sniffometer was triggered when I read the piece. Ultimately, though, that is by the by: what matters is not how the piece got there, but that it did.

The authors may have omitted a few salient details, but the case they make is a powerful one. Those who back the strengthening of the eligibility regime in the US will find it tough to counter in accessible, simple-to-digest language. In that way, it’s the patent troll debate all over again: find an emotionally compelling and newsworthy issue, add allegedly wicked behaviour by patent owners and demand that legislators prevent it from happening.

For Mom and Pop stores being sued out of existence by trolls back then, read Big Pharma withholding anti-covid-19 treatments from the poor and vulnerable today. Whether it’s true or not is beside the point, it resonates

What that says to me is that having been on the defensive for a while, those who oppose strengthening patent protections in the US see the coronavirus pandemic as a way to get back onto the front foot.

If it were just The Guardian piece, perhaps I could be accused of over-hyping things, but it’s not. Look, too, at the Open COVID Pledge, which we covered on here when it was launched in March:

Immediate action is required to halt the COVID-19 Pandemic and treat those it has affected. It is a practical and moral imperative that every tool we have at our disposal be applied to develop and deploy technologies on a massive scale without impediment.

We therefore pledge to make our intellectual property available free of charge for use in ending the COVID-19 pandemic and minimizing the impact of the disease.

We will implement this pledge through a license that details the terms and conditions under which our intellectual property is made available.

More specifically, look at who has signed up to it – and who has not.

Those making very public statements of support are companies such as Amazon, Facebook, Hewlett Packard Enterprise, IBM, Microsoft and Uber. Conspicuously absent, meanwhile, is just about every life sciences company in the world.

The contrast between the titans of Big Tech committing to share their patents for free to combat covid-19 and the leviathans of the biopharma world not doing so is stark. Of course, there are many very understandable reasons why – but good luck trying to explain them in simple-to-understand, non-technical language to someone who is not involved in IP.

Thus, you are left with a very simple message: Big Tech patent owners good; Big Pharma patent owners bad. And tell me again who wants to change the eligibility regime.

There has been a long wait for the pendulum to swing back to stronger patent rights in the US. Every now and again signs emerge that it may be happening. My sense, though, is that if there has been a shift, we have reached its limits.

Legislative reform to section 101 of the US patent statute was already going to be tough to achieve. The pandemic, though, has made it even harder. There is now a visceral argument to be made against it. In an area as technical and as dry as patents that matters – a lot. Opponents of change have seen an opportunity and they have taken it. I suspect this means that the fight is done.