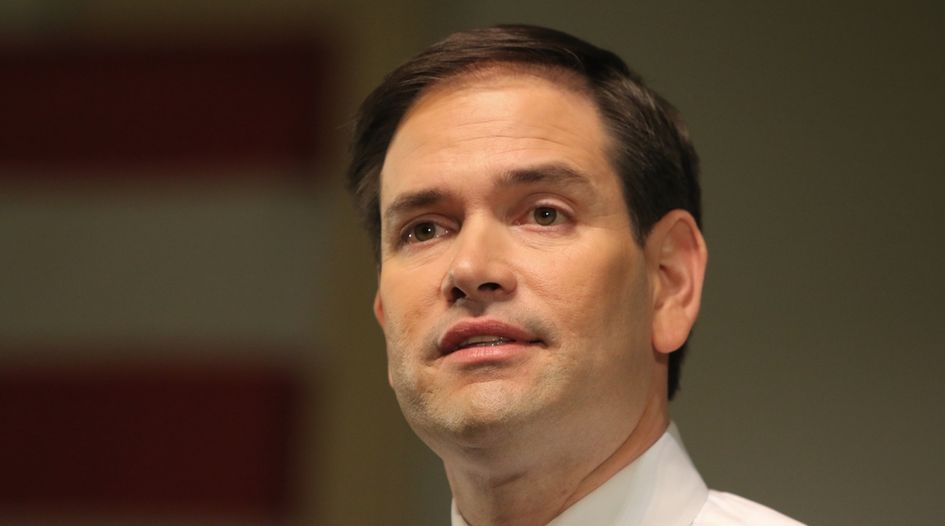 The Florida republican has offered an amendment to the National Defense Authorization Act that, according to Reuters, would bar patent owners on certain lists (presumably including the Entity List on which Huawei finds itself) from seeking relief under US law with respect to their patent rights.

#Huawei is using the tactics of patent trolls to attack U.S. companies in retaliation for Trump administration national security actions against them. We should not allow #China government backed companies to improperly use our legal system against us.https://t.co/jhz4cuLDVN

The proposal has gone down like a lead balloon with IP practitioners. Attorneys have not held back in their criticism of the measure, labeling it “terrible”, “not just dumb, but dangerous”, “one of the stupidest things I’ve ever heard” and so on.

The idea that the executive branch can designate companies it doesn’t like on a list that automatically neutralises their patent holdings rings alarm bells for all sorts of patent system stakeholders. Whether or not you consider US patents a property right, this proposal would weaken them.

It would also, of course, greatly undermine US criticisms of China’s IP system.

The bill has predictably been pilloried in China. Huawei CEO Ren Zhengfei remarked: “If [Rubio’s] recommendation can get past to the Congress, then the image of the US as a country ruled by laws would be damaged.” Ren confirmed that the company is exploring greater monetisation of the company’s US patent holdings as its opportunities to build an operating business there dwindle.

A spokesman for an association of Chinese smartphone vendors told China Daily: "The US senator is now destroying his own country's intellectual property system with double standards."

But while Chinese companies may be the immediate targets of the measure, it is US companies that have the most to fear from it.

Senator Rubio is under the impression, not incorrectly, that many American tech companies are effectively barred from competing in the Chinese market. Perhaps he is unaware of how many major players nevertheless rely on the Chinese patent system – not just to protect their products and supply chains but in some cases to deliver huge chunks of their profit.

China, remember, is building its own version of the Entity List. And any tit-for-tat restriction on patent enforcement would come down much harder on US companies than on Chinese ones.

To pick the most obvious example, Qualcomm relies quite a lot more on licensing Chinese patents than Huawei does on licensing US patents. In fact, it is hard to think of any Chinese firm that makes a lot of money off its US patent holdings right now. By contrast, plenty of US-based companies, patent pools and other licensors rely on doing deals with Chinese vendors of mobile phones and other electronics.

Another form China’s response could take is for patent owners like Huawei to assert more Chinese patents against US rivals. Courts in China regularly grant injunctions that ban manufacture, sales or export of patent infringing products. For technology companies with supply chains in China, that’s a much scarier thought than a demand letter from a US law firm.

All this is part of the reason why companies including Qualcomm, Intel and perhaps even Google have been lobbying in Washington against Huawei’s placement on the Entity List.

Now think about the life sciences industry, the most powerful and well-funded constituency weighing on any US legislation around patents. There is an obvious reason why big pharma will not be on board with Rubio’s idea. Not only is it a fat target for Chinese retaliation, it has spent years fighting compulsory licensing in other countries. A lawmaker decides it would be politically expedient to go after an unpopular foreign corporation by making its patents unenforceable – sound familiar?

At a time when proposed Section 101 reform has once again put patents on the Capitol Hill agenda, Rubio has managed to craft a policy that a wide swathe of IP stakeholders can agree is a bad one.

That’s my opinion on the Rubio amendment. Here are a two other angles to the proposal.

In the days since Rubio’s amendment was revealed, more Chinese organisations have been added to the Entity List. Sugon, a leading Chinese producer of supercomputers, will be banned from buying US technology, as will three of its subsidiaries that focus on microchips. A research body, the Wuxi Jiangnan Institute of Computing Technology, was also placed on the list. Earlier, IAM analysed reports claiming the Trump Administration was considering placing surveillance equipment makers like Hikvision on the list. The additions underline the fact that this is far from a one-off penalty against a company that is thought to be a uniquely bad IP and security actor. The more firms are placed on the list, the greater the impact of Rubio’s proposed amendment on US patent portfolios. We might even see Chinese firms in strategic sectors that anticipate landing on the list change their filing patterns in an effort to save on portfolio costs.

Regardless of whether the Rubio amendment passes into law, it underscores the mounting challenges that will face Huawei if it does seek to make more money off its US patent portfolio. If it does get enacted, it would immediately create questions about whether Huawei can sell its US assets to NPEs or other third parties in order to recoup some value from its portfolio. Even if Rubio’s proposal goes nowhere, there could be strong incentive for Huawei to shed US assets. It has done so before, dealing openly with high-volume plaintiffs like IP Edge. Any Huawei enforcement effort (like say, its effort to license Verizon) is going to be tested at some stage by a jury trial, in which defense counsel are very likely to cast the company as a Chinese troll trying to kneecap American rivals (see the Rubio tweet above). For that reason alone, more divestments to NPEs or deals with operating companies might make sense. What we might also see is Huawei’s external acquisition programme, which has generated deals with the likes of AT&T in the past, coming to an end where US assets are concerned.